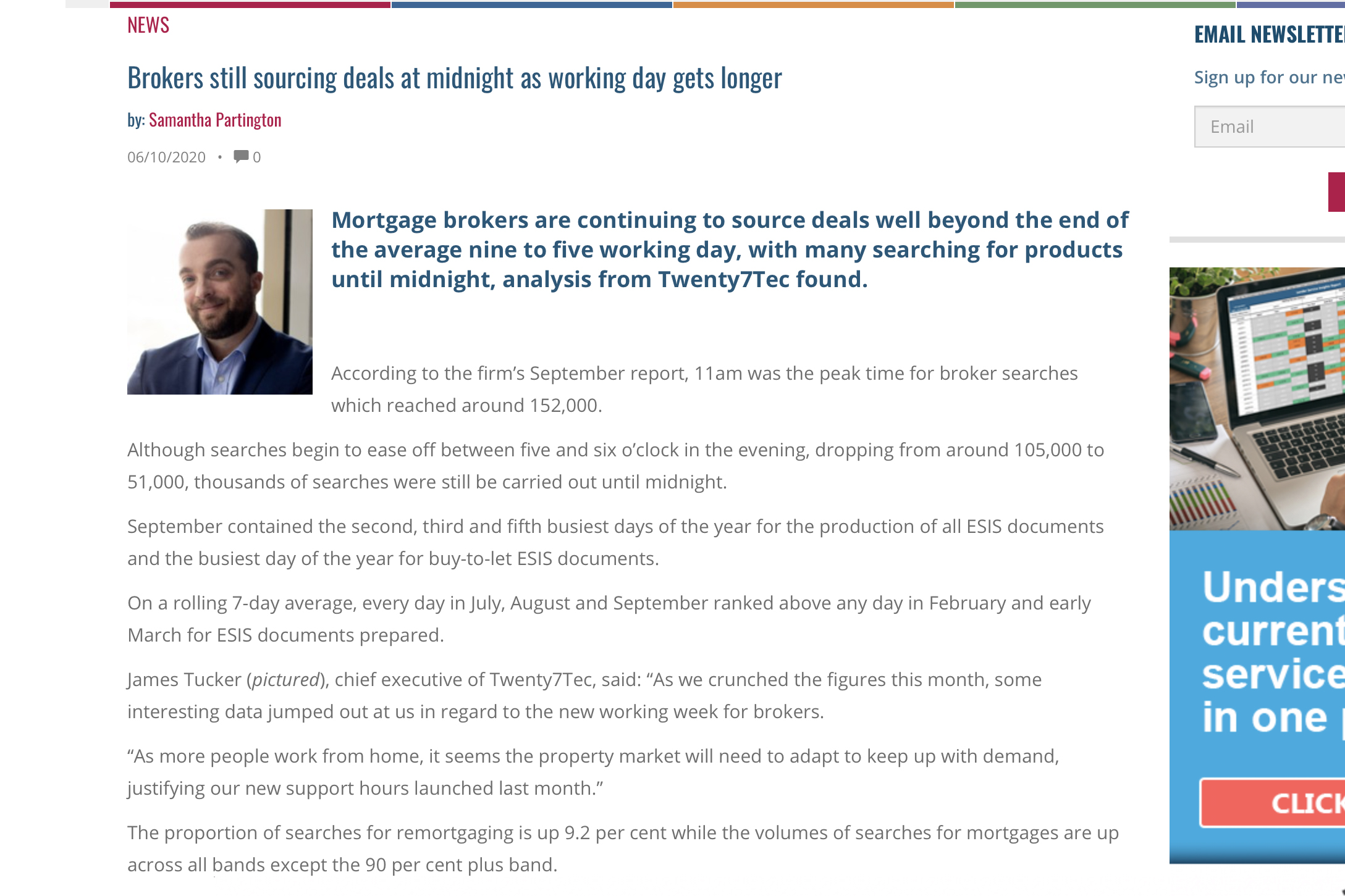 Mortgage brokers are continuing to source deals well beyond the end of the average nine to five working day, with many searching for products until midnight, analysis from Twenty7Tec found.

According to the firm’s September report, 11am was the peak time for broker searches which reached around 152,000.

Although searches begin to ease off between five and six o’clock in the evening, dropping from around 105,000 to 51,000, thousands of searches were still be carried out until midnight.

On a rolling 7-day average, every day in July, August and September ranked above any day in February and early March for ESIS documents prepared.

James Tucker (pictured), chief executive of Twenty7Tec, said: “As we crunched the figures this month, some interesting data jumped out at us in regard to the new working week for brokers.

“As more people work from home, it seems the property market will need to adapt to keep up with demand, justifying our new support hours launched last month.” 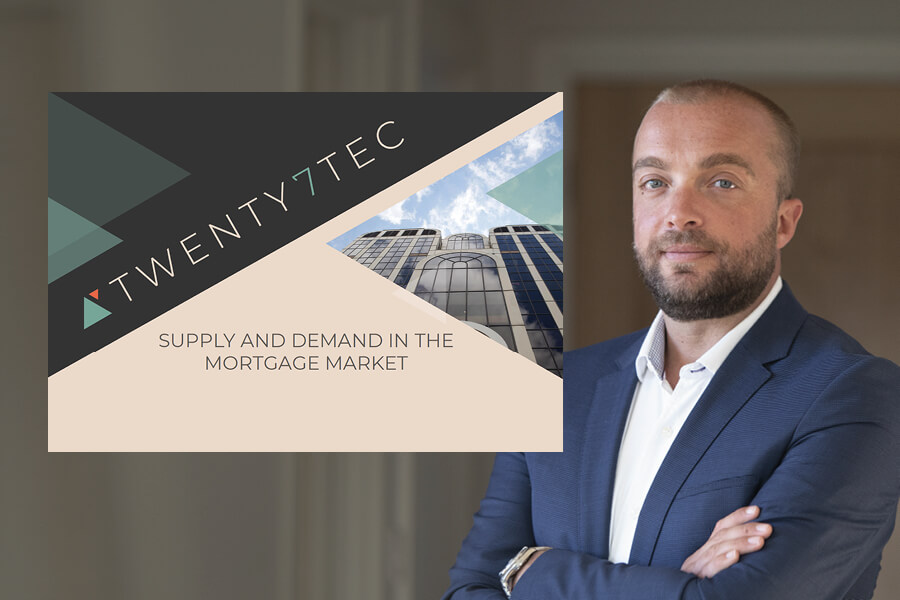 Supply and demand in the Mortgage Market – September 2020

Please find below an interactive report on supply and demand… 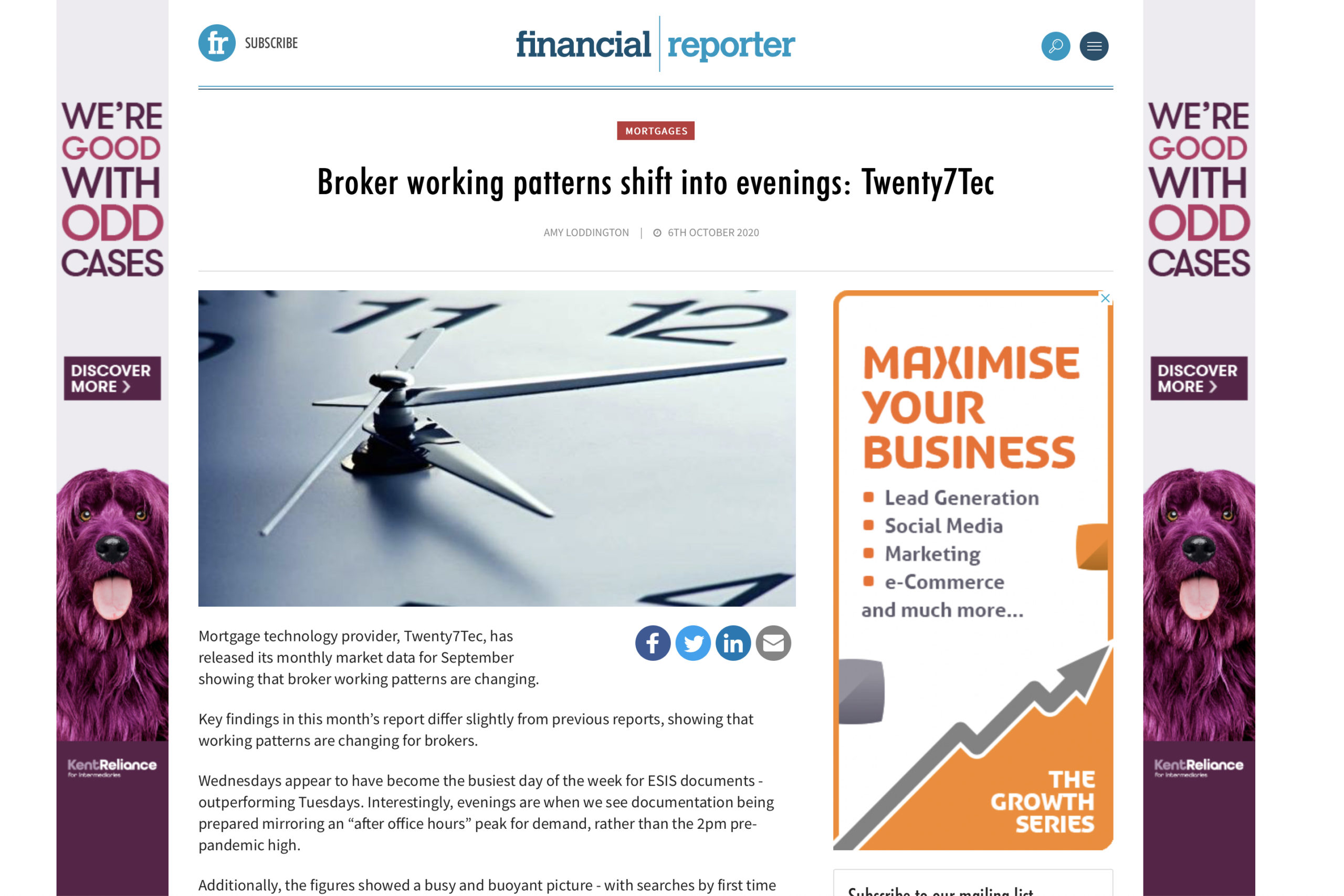