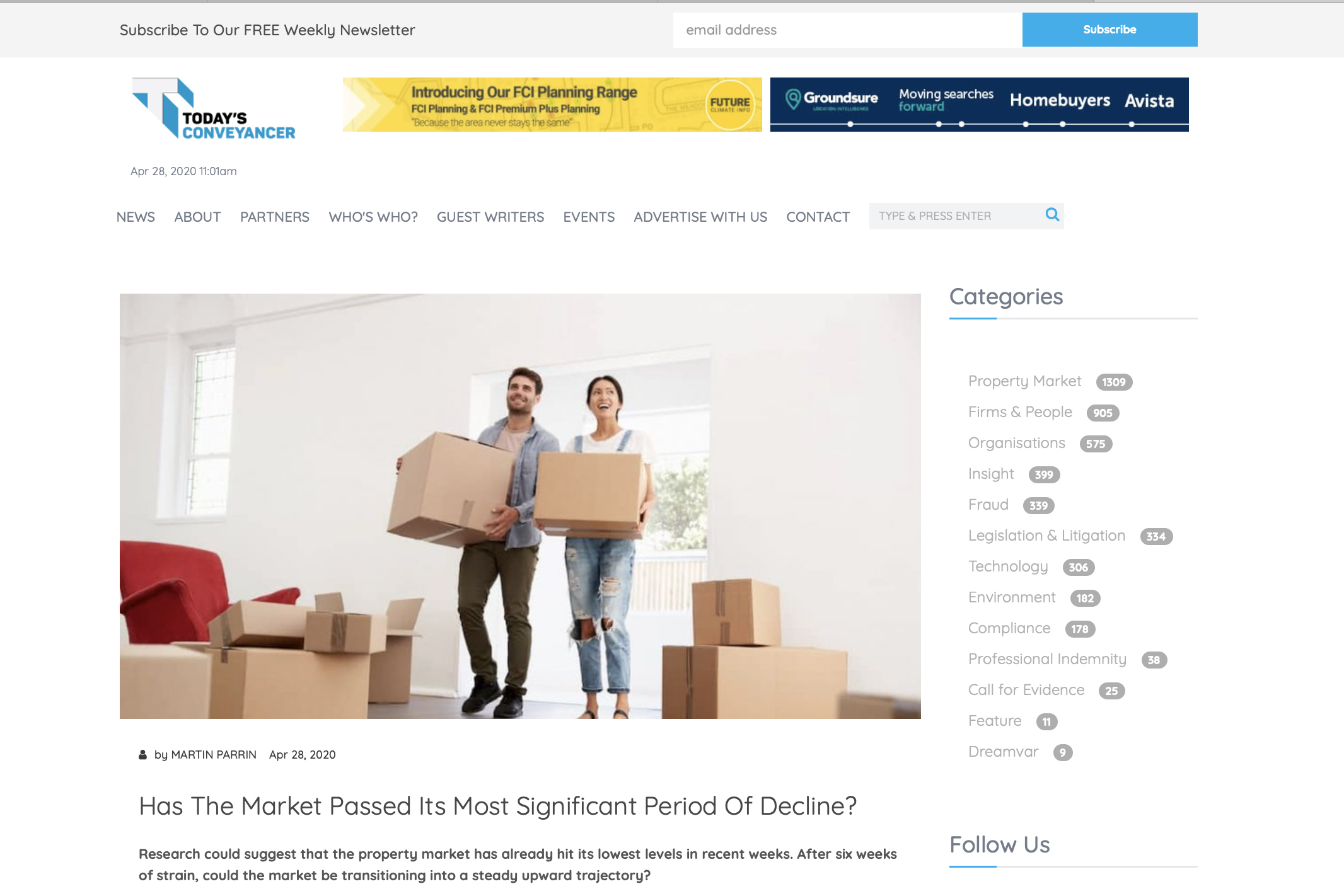 Has The Market Passed Its Most Significant Period Of Decline?

Research could suggest that the property market has already hit its lowest levels in recent weeks. After six weeks of strain, could the market be transitioning into a steady upward trajectory?

According to data from Twenty7Tec, the property market experienced daily, weekly and fortnightly increases on both search activity and the volume of mortgage documents up to April 25.

Whilst the volume of documents was down 42.14 per cent on the levels last seen a month ago, the weekly totals were up by a fifth (19 per cent) and 12.91 per cent on two weeks ago.

Similarly, on a daily basis, the number of documents prepared had increased by 44.94 per cent when compared with two weeks ago and 7.69 per cent on last week.

Whilst the figures over the course of a month indicate that the market has contracted considerably, the rise in activity over the past two weeks could indicate that the property market has weathered its most significant period of decline and is set to experience modest increases until the government relaxes social distancing restrictions.

“Thankfully, there are some good news stories in this week’s figures. Whilst the volumes are considerably lower than the high times of late February, it is possible that we are now starting to see the ‘end of the beginning’.

“The total volume of mortgage searches also seems unaffected by the announcement that lockdown will need to be in place for a further three weeks at least.

“Buy-to-let mortgage searches continue to represent an ever-larger proportion of the market – they currently constitute 24.37% of all searches, well above their long-term average of 19.78%. 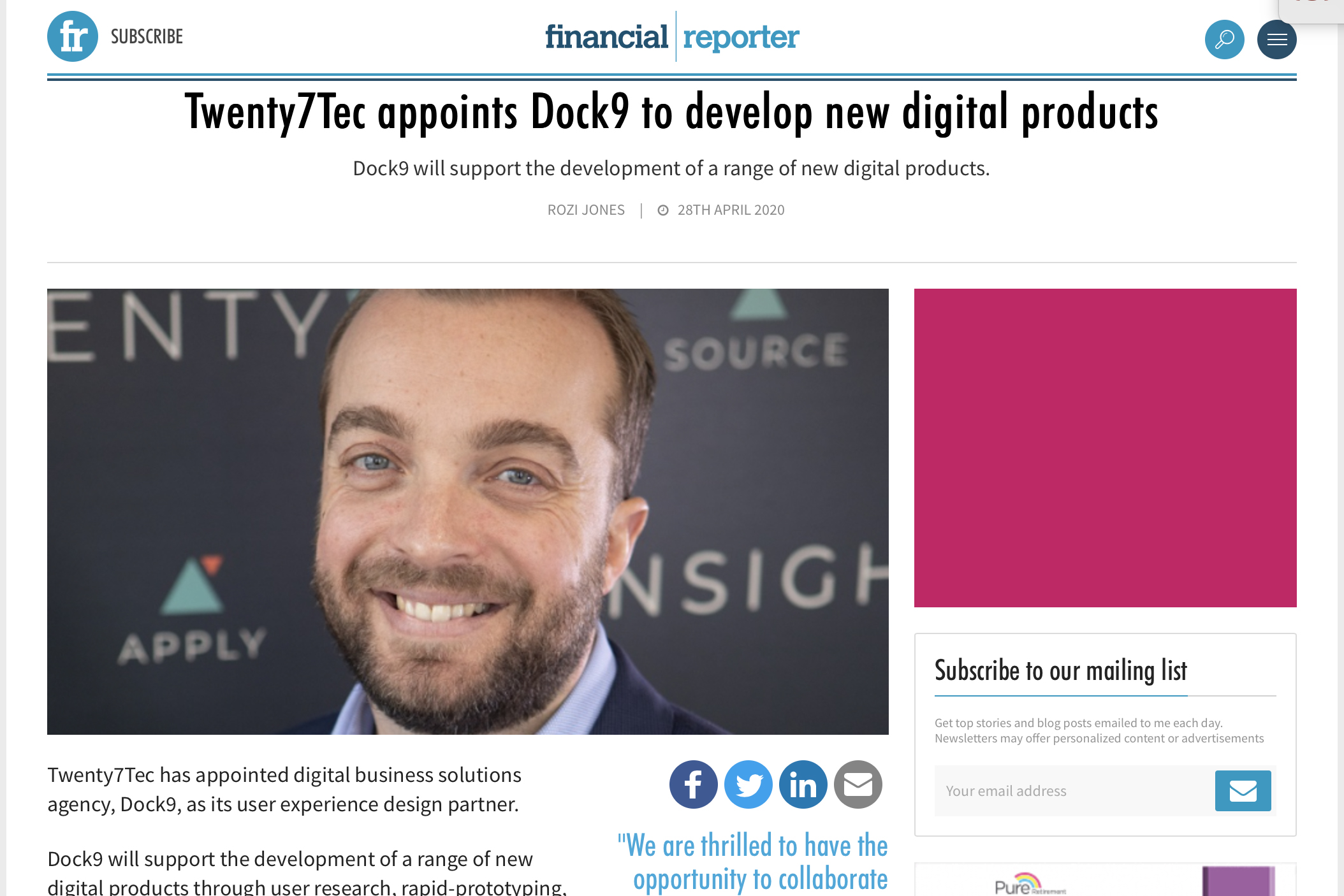 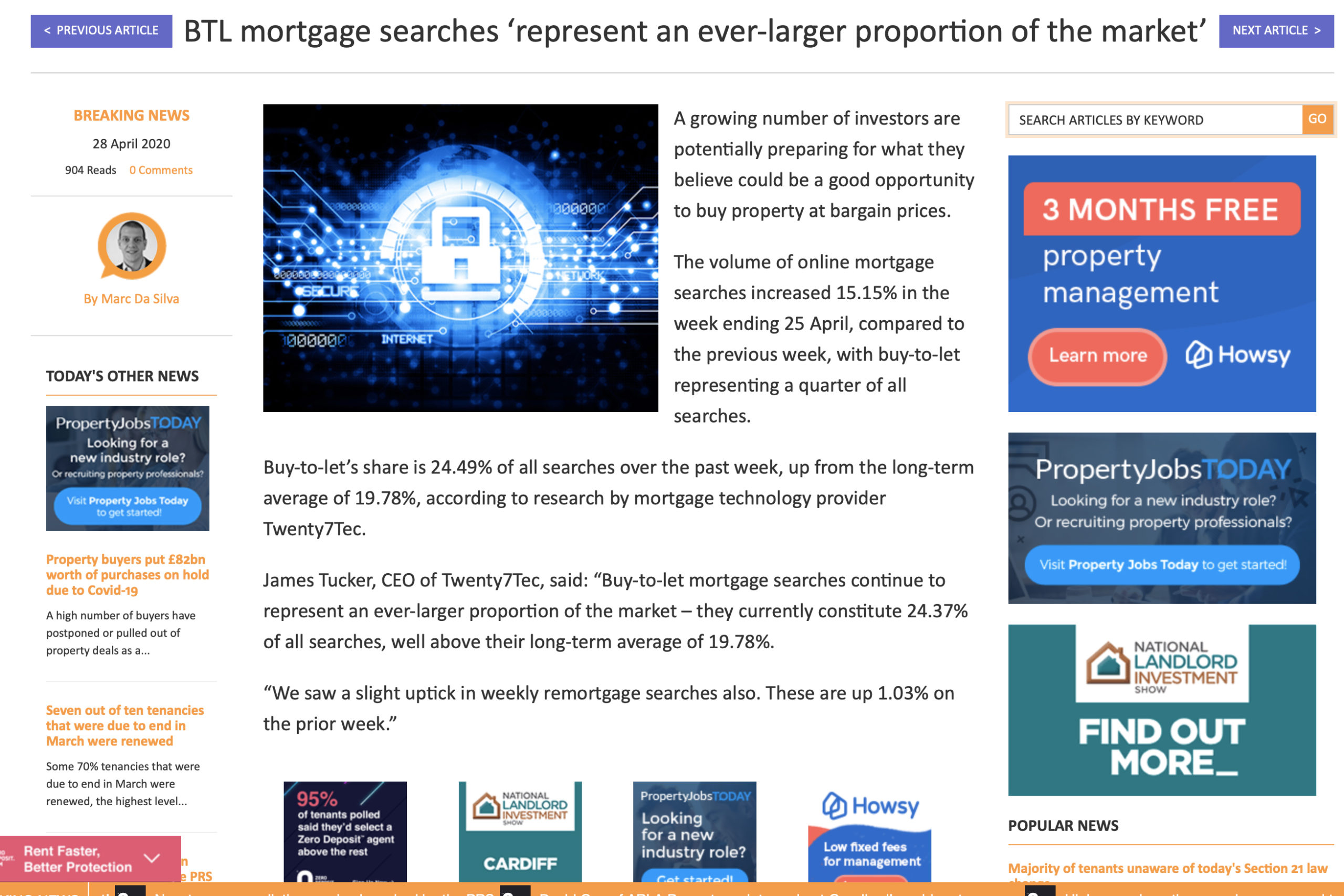 BTL mortgage searches ‘represent an ever-larger proportion of the market’

BTL mortgage searches ‘represent an ever-larger proportion of the market’…