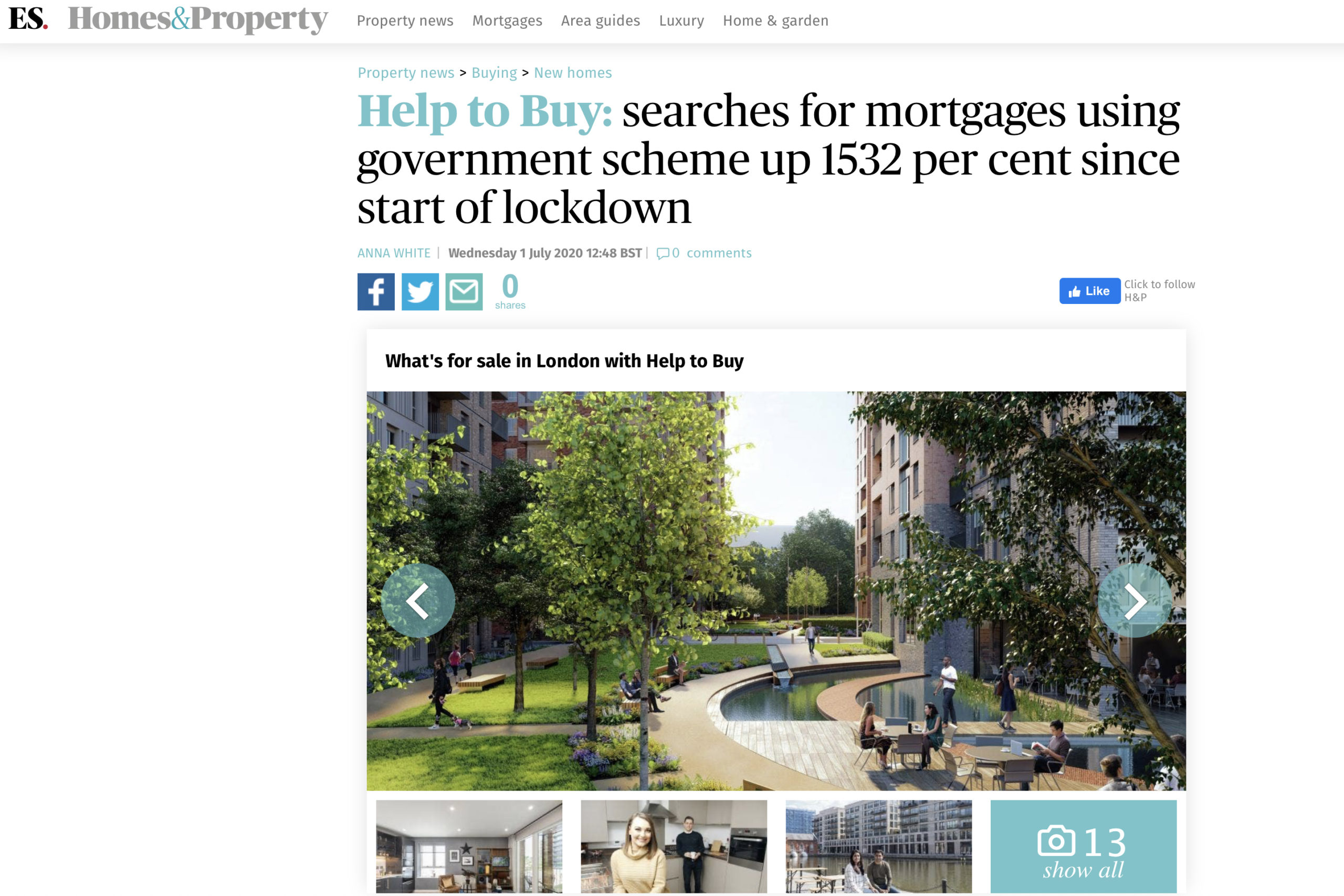 Help to Buy: searches for mortgages using government scheme up 1532 per cent since start of lockdown

Other renters with young children, gearing up to buy their first family home when the coronavirus pandemic hit in March, have spent the last three months in a property they have outgrown.

The long months of restrictions have provided plenty of motivation for those with a deposit to rush to get on the property ladder.

And in growing numbers, they are turning to the Government’s Help to Buy scheme to set them on the first rung.

The number of online searches made by mortgage brokers on behalf of home buyers in London has risen by 948 per cent since the start of the lockdown, albeit from a very low base.

The number of searches for mortgages using Help to Buy, however, has shot up 1,532 per cent over the same period, according to the mortgage search engine Twenty7Tec used by brokers.

“The housing market has rebounded across the country but Help to Buy in London has noticeably jumped,” says Phil Bailey, director at the software company.

“Help to Buy has been a significant part of the mortgage market over the recent past. We expect this to continue,” adds Graham Sellar, head of mortgages for major lender, Santander.

What is Help to Buy?

Help to Buy was introduced in 2013 as a way of encouraging developers to keep building new homes in the wake of the global financial crisis.

Under the scheme in London, the Government lends up to 40 per cent of the property’s value, the bank lends 55 per cent and the purchaser has to find a five per cent deposit.

In other parts of the country, the Government lends up to 20 per cent of value.

This shared equity scheme has grown in popularity year on year but Covid-19 has accelerated this trend, says Savills’ analyst Lawrence Bowles.

“Help to Buy just applies to new-build homes, which was the only part of the market that could function during the lockdown. Buyers were able to view show flats online and take virtual tours,” he says.

Also adding to the appeal of new build, sanitised new homes with no previous owner suit a world gripped with contagion anxiety as a result of the pandemic.

This month big lenders such as Nationwide pulled their 95 per cent loan-to-value mortgages aimed at first-time buyers.

“As a result more purchasers without a large deposit could turn to Help to Buy,” Bowles adds.

When will the Help to Buy scheme end?

Help to Buy has courted controversy, however. Some believe it helped prop up a fragile housing market, while others blame it for inflating values in London’s frenetic house price recovery from 2010 to 2015.

As a result the Government has decided to wean the country off the scheme as early as next year.

Help to Buy will end for all non first-time buyers and new price thresholds will come in per region, reducing the amount a developer can charge for a new home available using the scheme. Help to Buy is due to end completely in 2023.

Lawrence Bowles of Savills argues that the initiative helps stimulate much-needed supply and could play a vital part in the UK’s economic recovery after Covid-19.

The Government, he explains, “could delay next year’s restrictions because of the current crisis. Or they could extend the 2023 cut off.”

However, Help to Buy is expensive for the Government when it has thrown money at the furlough scheme and given emergency handouts for small businesses.

I’m on furlough — so can I still get Help to Buy?

“Crunch time for the housing market comes in the autumn when the furlough scheme will end and we see the reality of job losses,” says mortgage broker Andrew Montlake of Coreco.

However, some who have worked through the lockdown, or been furloughed with their employer topping up their pay, have managed to add to their deposit pot.

In the early phase of the lockdown, the big lenders withdrew their Help to Buy products because of a lack of capacity. It was difficult to keep pace with demand with a large proportion of the banking workforce on furlough or working from home.

These Help to Buy mortgage products have now returned — Andrew Montlake says there are 190 available. Just like a standard mortgage, Help to Buy loans are available even when on furlough.

Affordability will be stress tested against furloughed income, with some lenders asking for written confirmation that an employer intends to bring the employee back to work.

Comment: Later life mortgages fund both ends of the spectrum

Comment: Later life mortgages fund both ends of the spectrum… 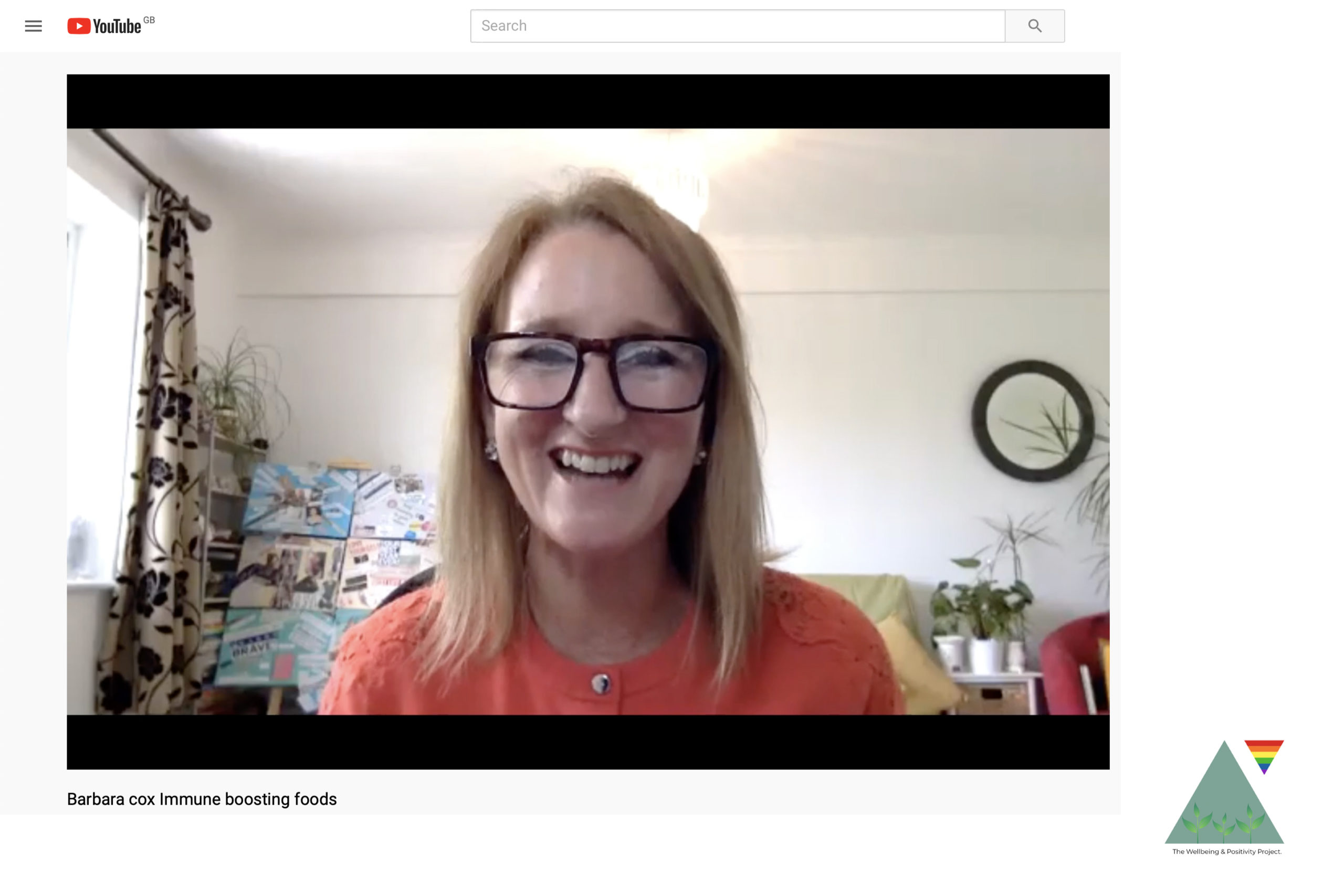 Supply and demand in the Mortgage Market – June 2020

5 foods to boost the immune system.  In the first…