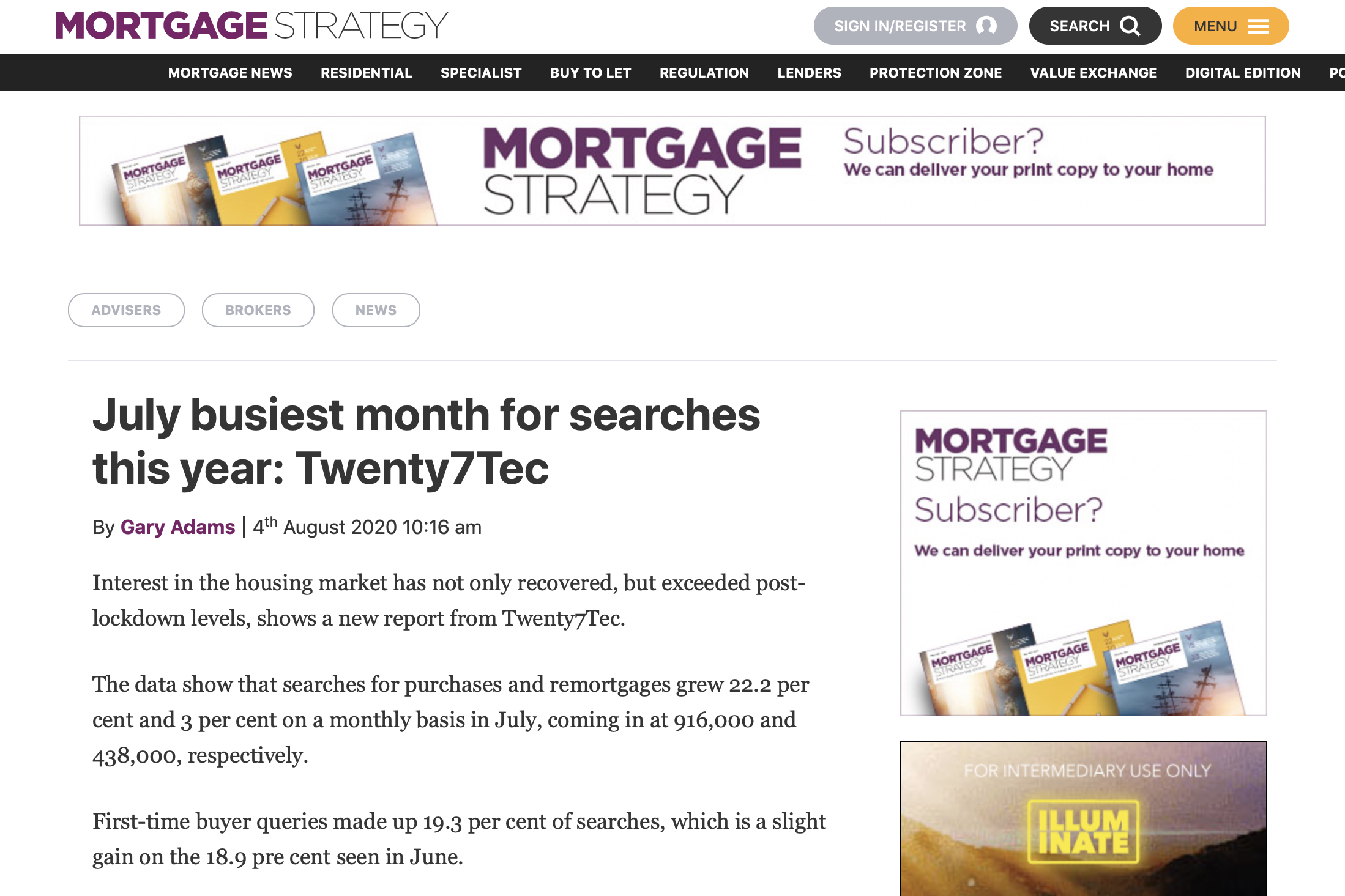 Interest in the housing market has not only recovered, but exceeded post-lockdown levels, shows a new report from Twenty7Tec.

First-time buyer queries made up 19.3 per cent of searches, which is a slight gain on the 18.9 pre cent seen in June.

Meanwhile, purchase mortgages took up 67.7 per cent of searches, a proportion that Twenty7Tec group sales director Phil Bailey says is the highest “maybe even in living memory.”

In June, purchase mortgages took up 63.8 per cent of the share of searches and in May, just 47.5 per cent.

Demand for standard residential mortgages grew 15.8 per cent in July, buy-to-let interest was up 10.7 per cent, searches for shared equity/Help to Buy mortgages increase by 23.2 per cent, Shared Ownership by 7.6 per cent and Let to Buy grew 29.2 per cent.

On the subject of first-time buyers, Twenty7Tec says that over 10,000 searches a day are performed “regularly”, and that the top 10 busiest days for FTB searches this year were all be in July.

Twenty7Tec chief executive James Tucker comments: “July has been the busiest month of 2020 for mortgage searches. This is not a sentence that I was expecting to write less than a month ago. For our business, and indeed for our customers, the speed of the recovery of activity in the mortgage market has been truly astonishing.

“This is not a time to be complacent however – the positive momentum that we have all found both in business volumes and in the speed of technological change should not be lost.” 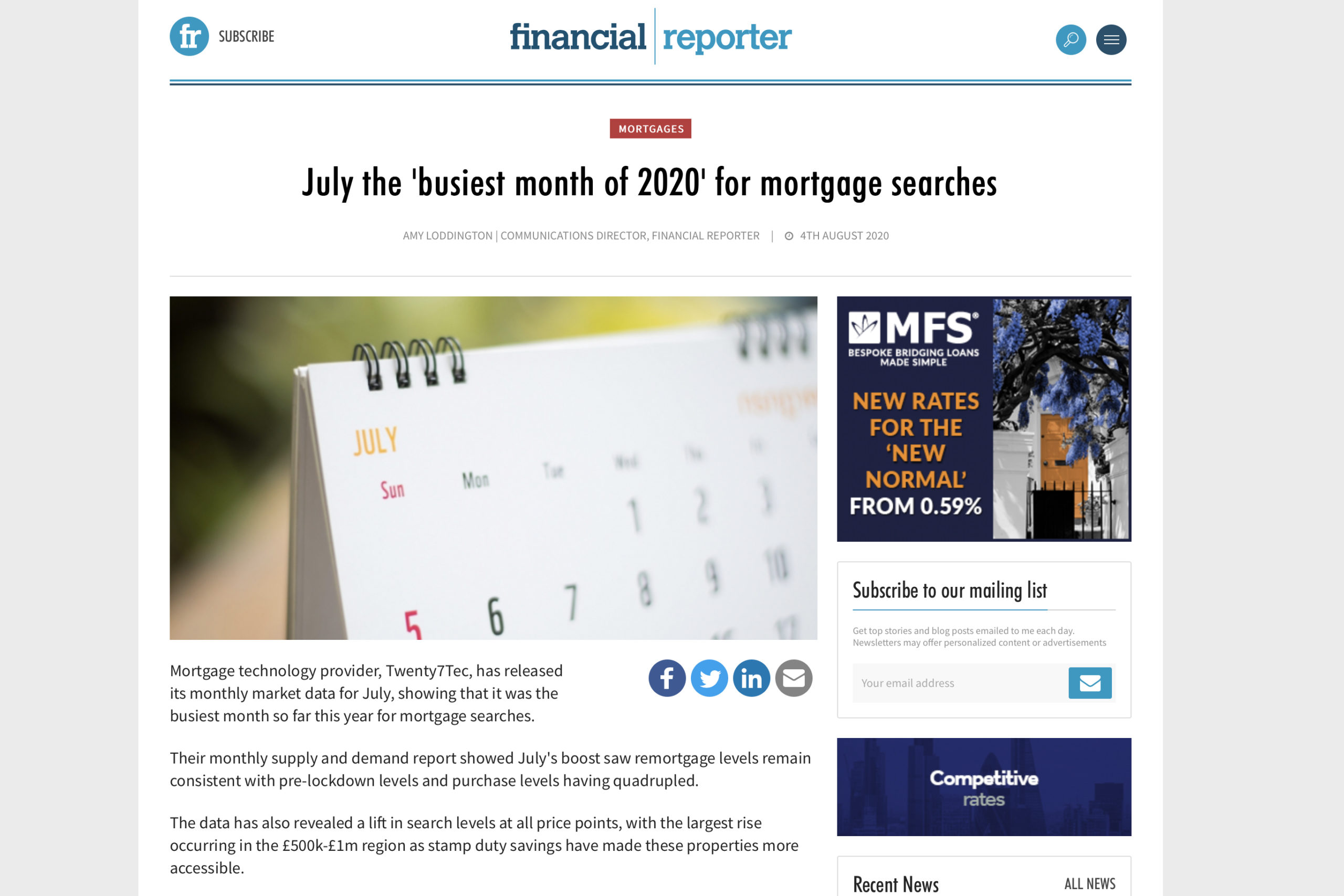 July the ‘busiest month of 2020’ for mortgage searches

July the ‘busiest month of 2020’ for mortgage searches AMY… 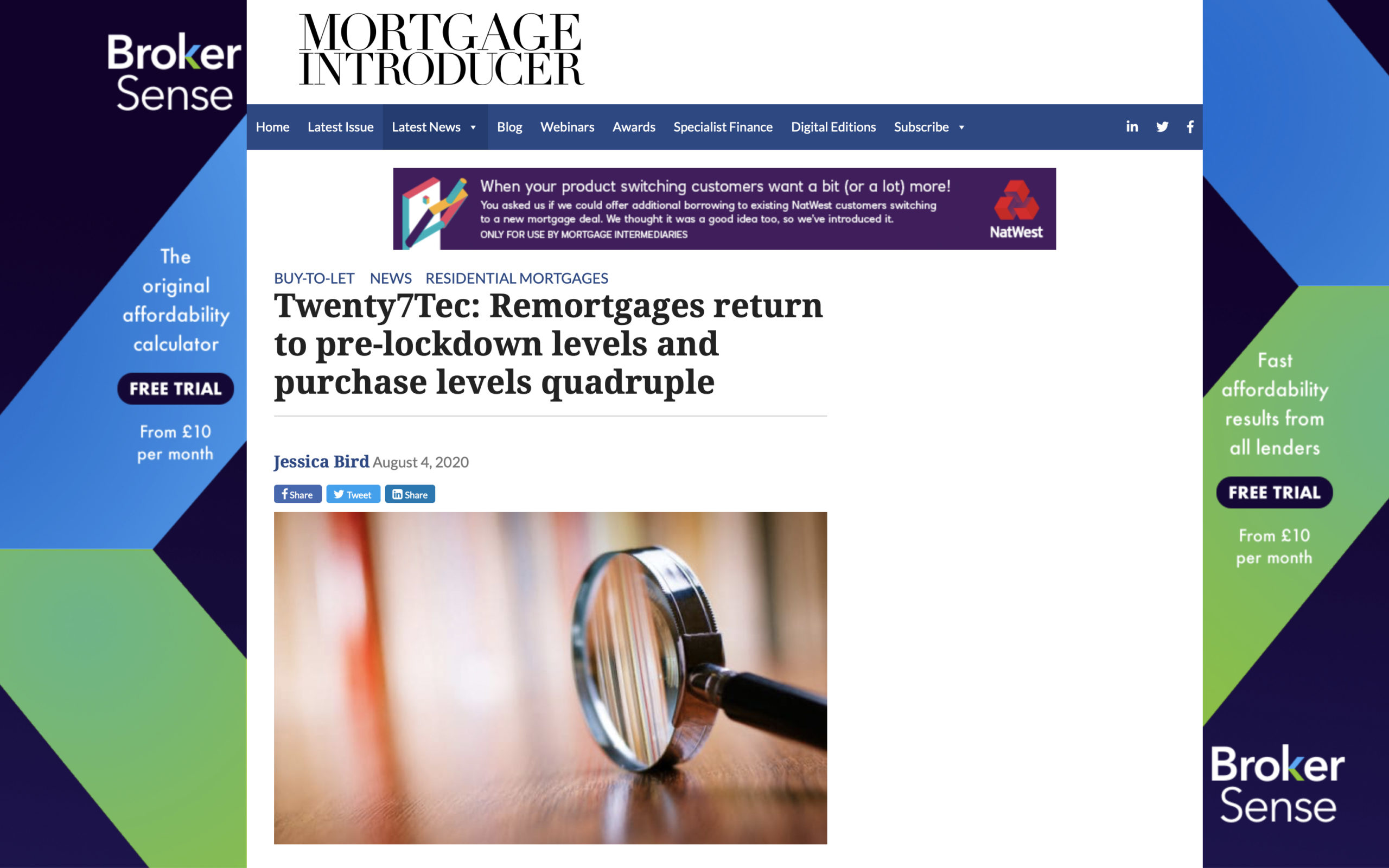