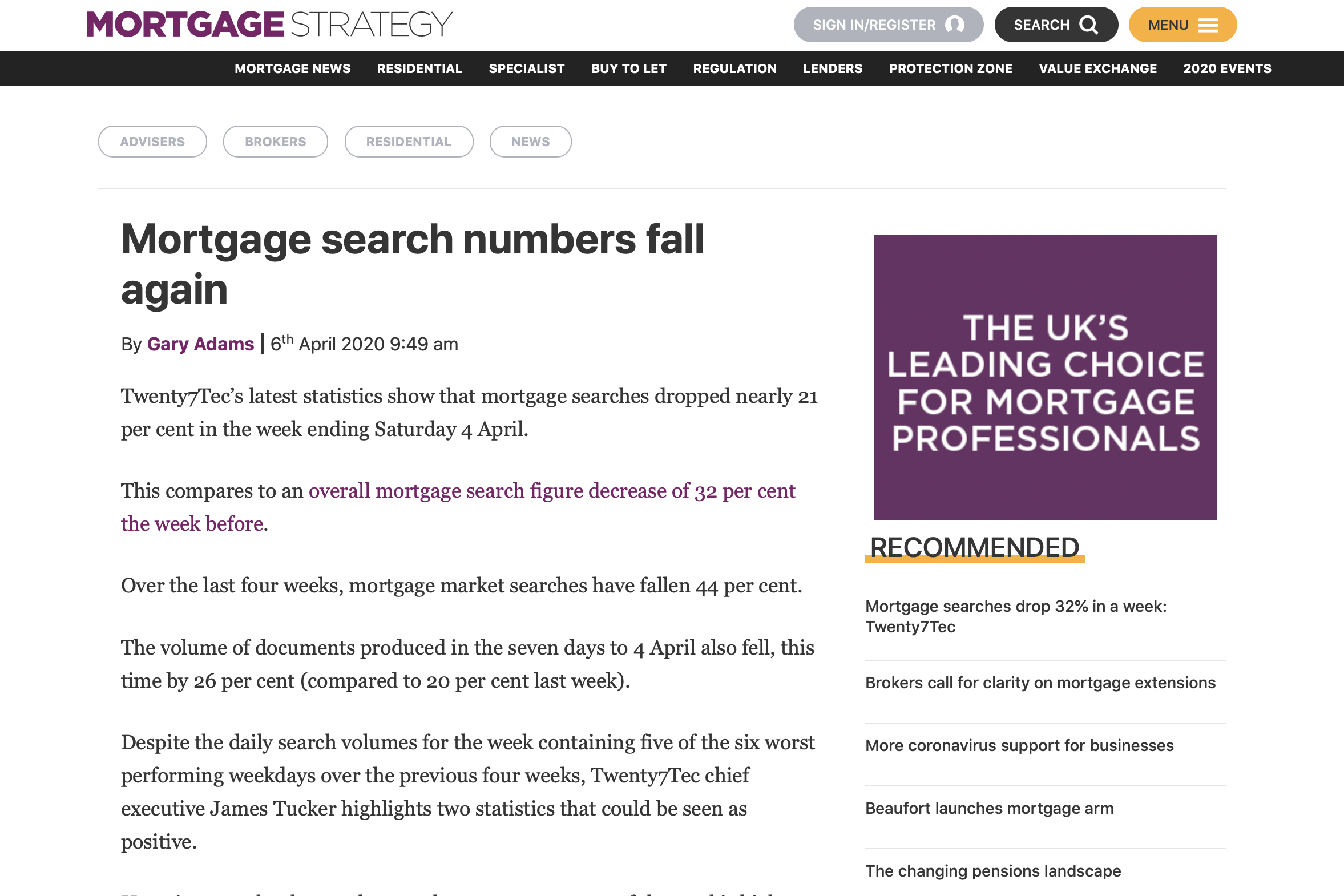 This compares to an overall mortgage search figure decrease of 32 per cent the week before.

Over the last four weeks, mortgage market searches have fallen 44 per cent.

The volume of documents produced in the seven days to 4 April also fell, this time by 26 per cent (compared to 20 per cent last week).

Despite the daily search volumes for the week containing five of the six worst performing weekdays over the previous four weeks, Twenty7Tec chief executive James Tucker highlights two statistics that could be seen as positive.

He points out that buy-to-let searches, at 21.9 per cent of the total is higher than its long term average of 19.78 per cent. “Landlords may well have been buoyed by the government’s decision not to grant rent holidays,” he says.

“The second relative piece of good news,” he adds, “is that remortgage search volumes are still holding up. They have dropped by 14.71 per cent in the past four weeks but compared to the drop in purchase searches (72.25 per cent) it does show where the market has shifted to right now.

“The government has rightly got its focus on whether or not social distancing is working and if we can pass through the peak of incidents over coming days. Our sense is that we are unlikely to see too many new policy announcements for our industry for at least another two weeks. 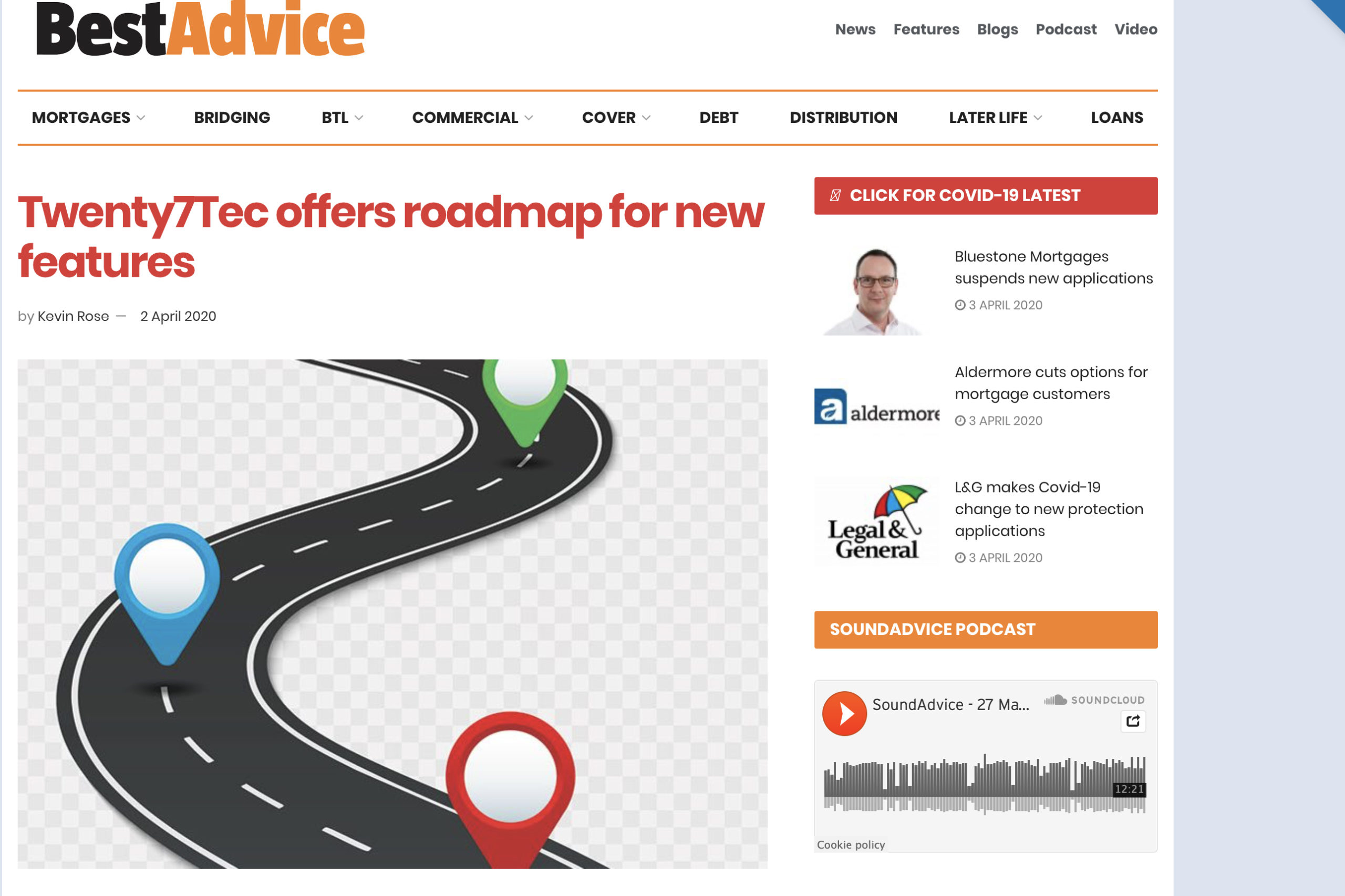 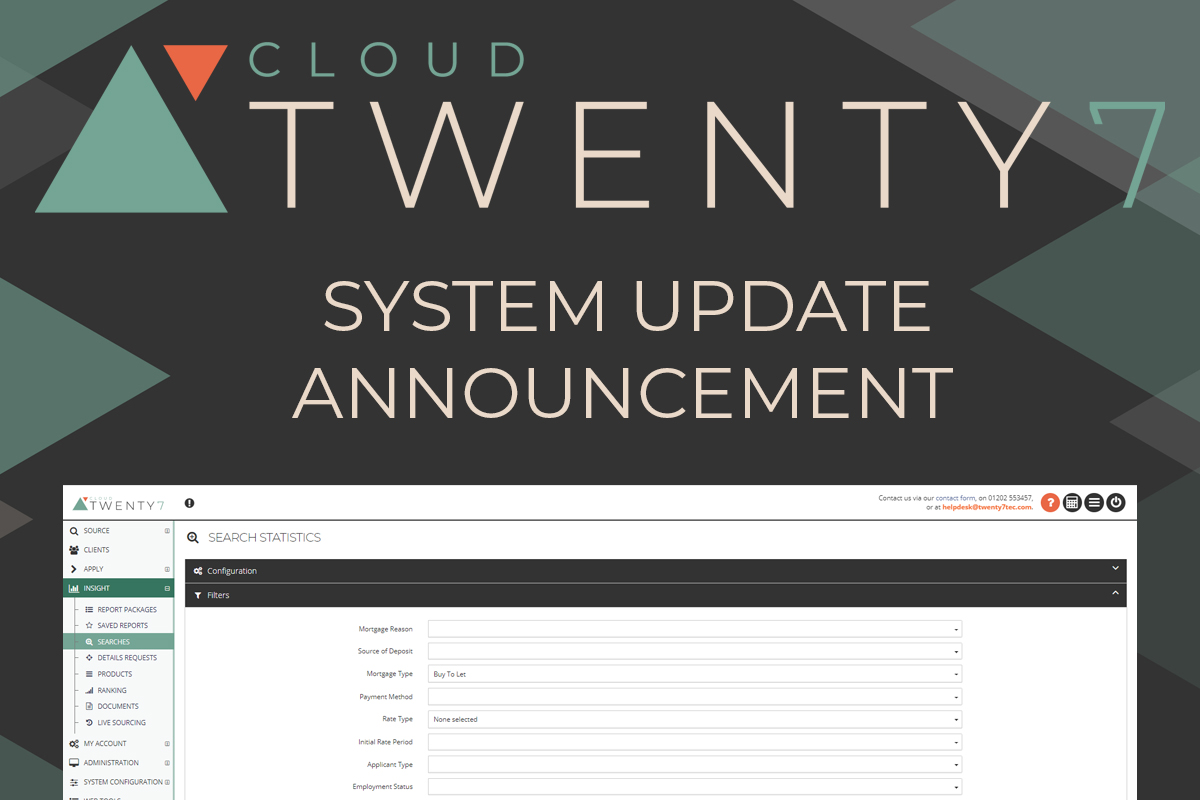