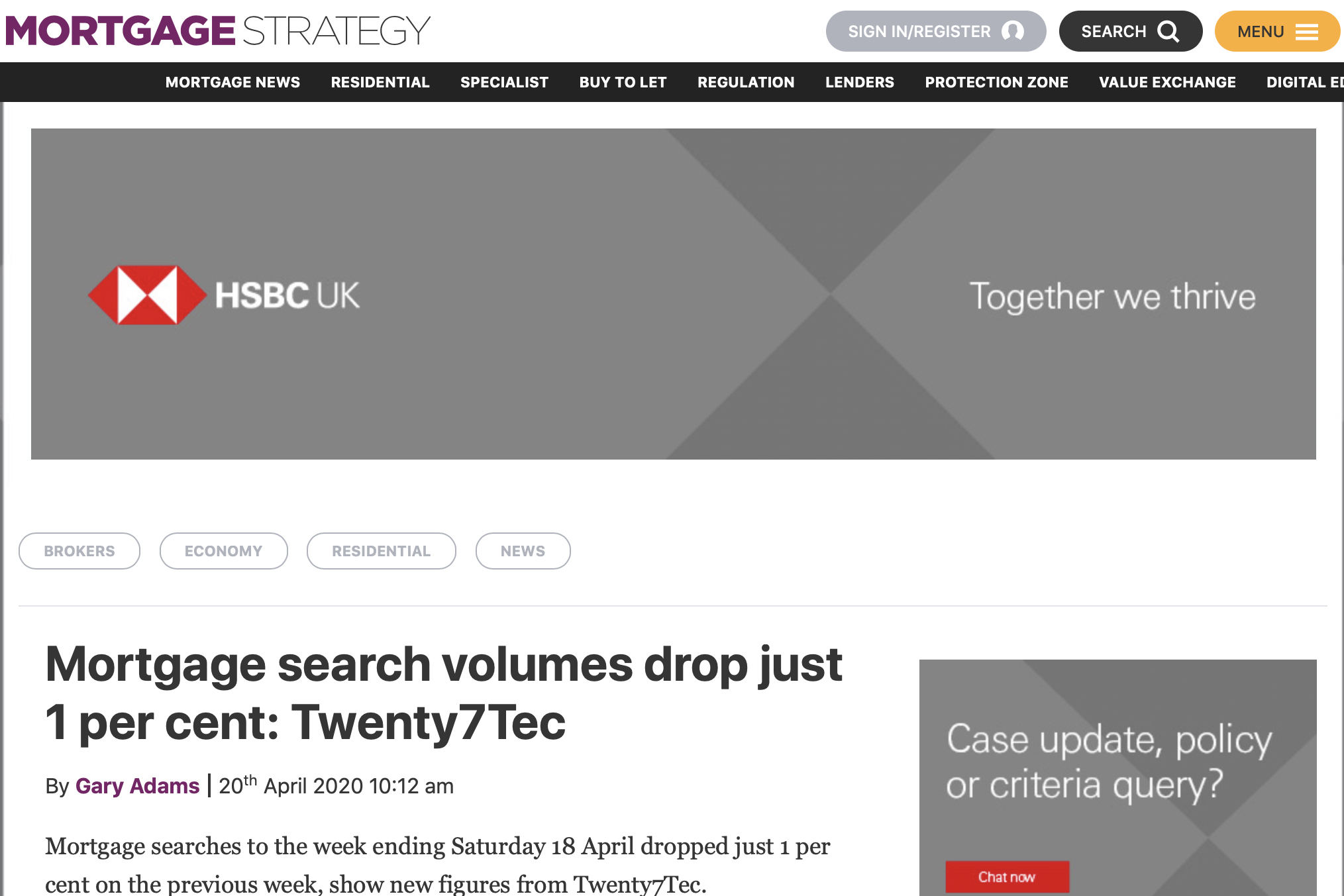 However, search volumes for the week to 18 April were still down 28 per cent on two weeks ago, and 56 per cent on four weeks ago.

The volume of documents prepared over the same time frame as above fell 5 per cent on the previous week and the total value of loans documented fell nearly 5 per cent.

Compared to four weeks ago, the volume of documents are down 59 per cent and the value of loans 61 per cent.

The ratio of purchase mortgages and remortgages also changed significantly, coming in at 30 per cent to 70 per cent, the former figures ticking up from the recent low of 25 per cent.

Twenty7Tech chief executive James Tucker comments: “With total searches this week down only 1.04 per cent on the prior week, it’s possible that we are nearing or have even already hit the bottom of the market for residential purchase mortgages.

“While we don’t want to get ahead of ourselves, it’s good to have some figures in the green after a sea of red over recent weeks.

Tucker adds: “The extension of the lockdown until at least 7 May will mean greater pent up demand. If we think about our busiest periods of the year, they normally follow the times when we spend most time at home. Easter, Christmas and the school summer holidays all give rise to significant market activity. Our sense is that after being in lockdown for six or so weeks, that that effect will only be amplified.”

“In the meantime, I know that brokers need to do what they do best: speak to their clients, find them the best solutions and help them to achieve their goals.”
Previous Article 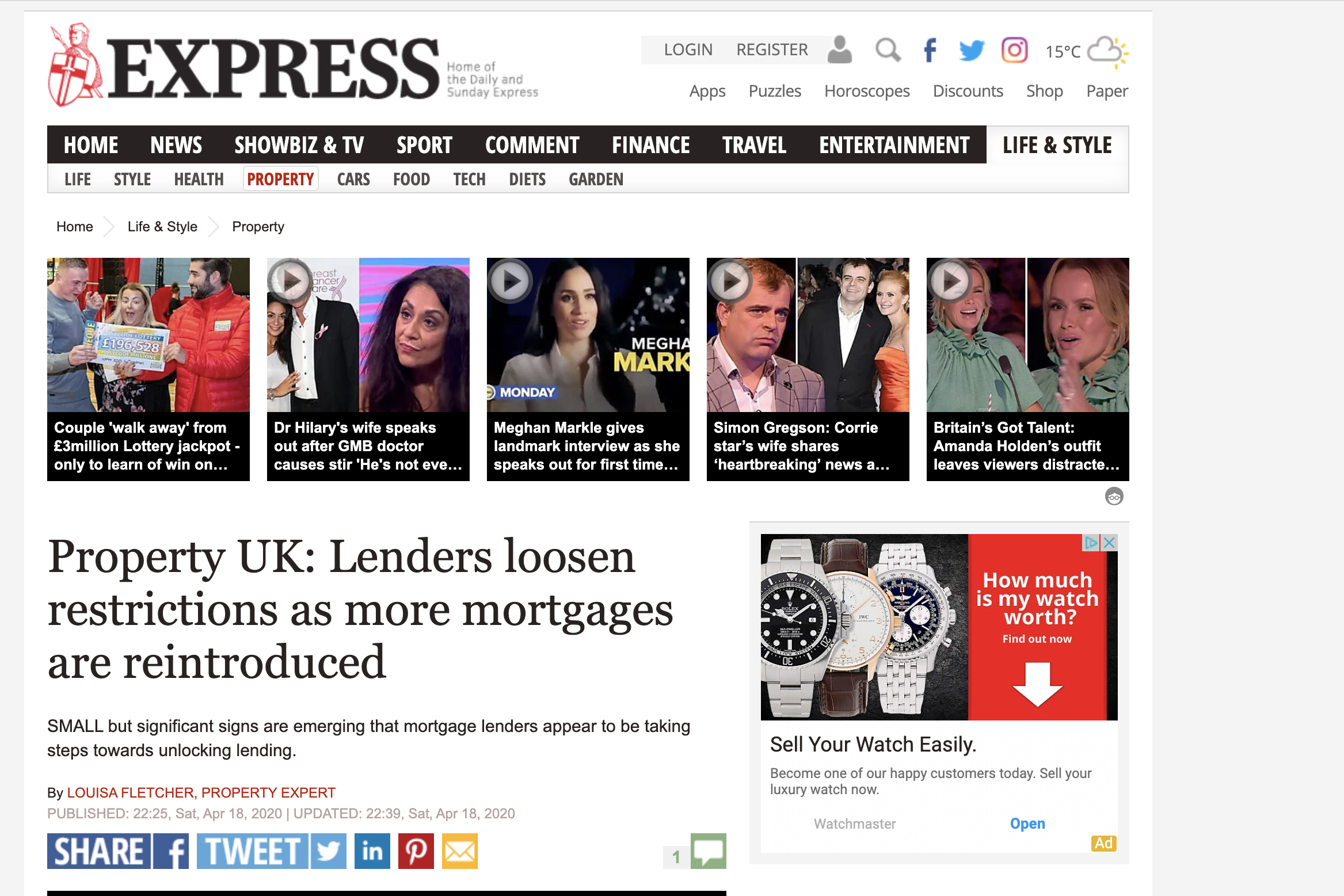 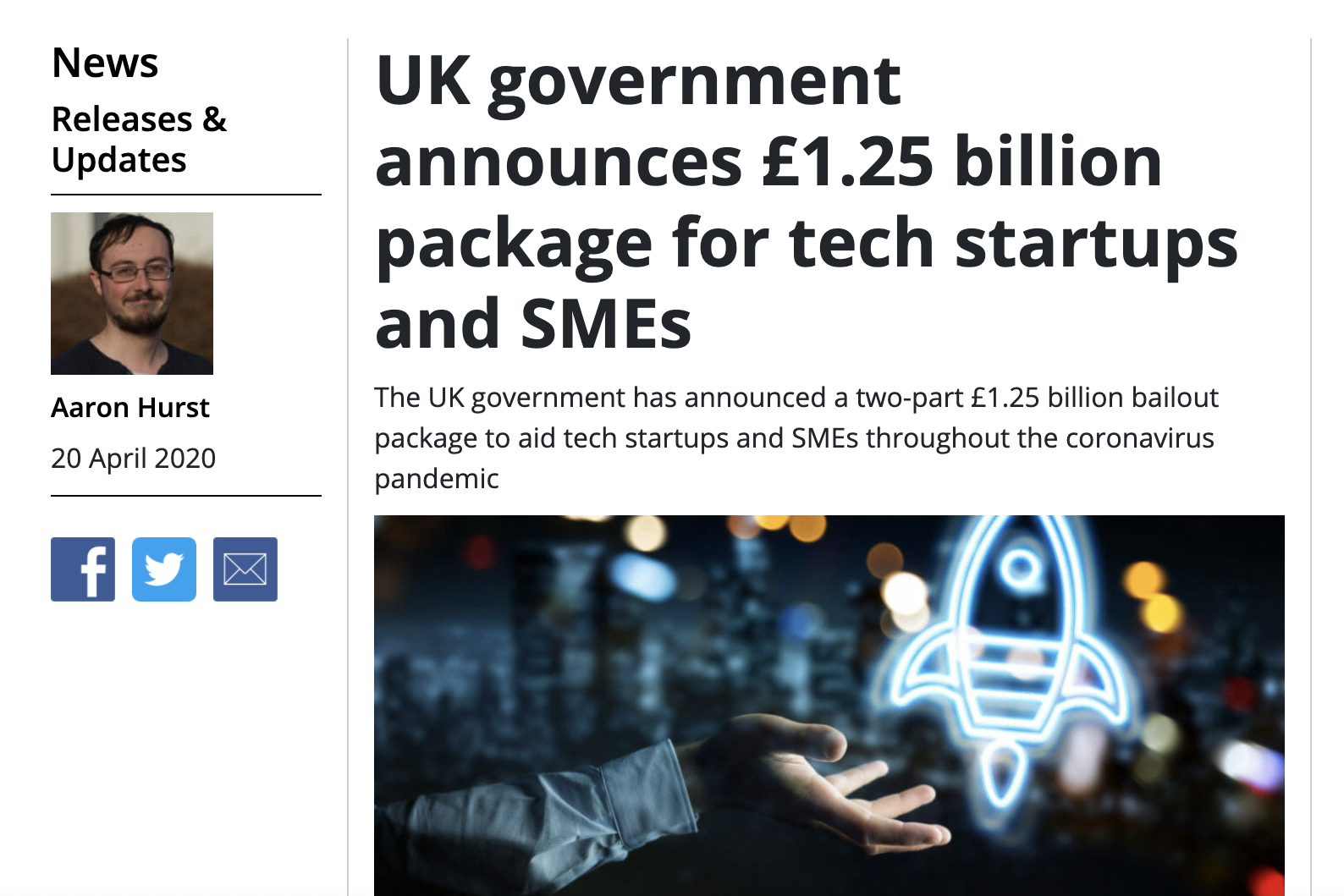