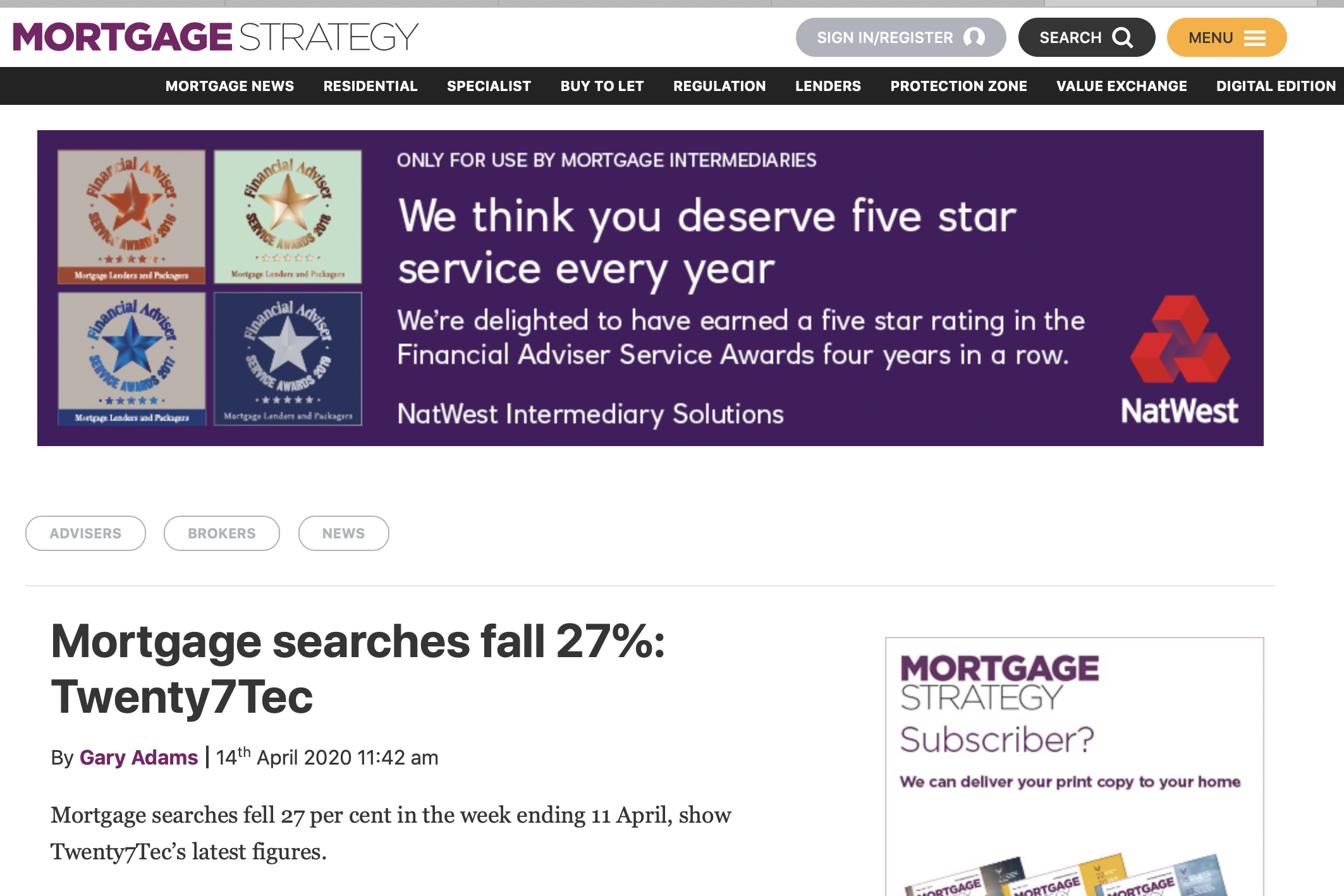 This compares to 32 per cent seen last Monday and means that searches are down 60 per cent on the same period four weeks ago.

The volume of documents prepared fell nearly 31 per cent on the week before, and the value of loans requested also dropped, this time by 32 per cent across the same time frame.

These metrics fell 59 per cent and 61 per cent on the same period four weeks ago, respectively.

Meanwhile, purchase mortgage searches fell 36 per cent over the week, and remortgages 26 per cent.

“It’s possible that remortgages are the bigger news story this week as remortgage volumes had previously dropped only by around one-sixth from their peak in mid-February,” says Twenty7Tec chief executive James Tucker.

“This may point to a broader market perception that we have not yet reached the bottom of that market yet.

“That said, we do expect greater demand for remortgages over coming weeks as we see lockdowns begin to be lifted and confidence begin to creep back into the markets,” he says.

This means that the split between purchases and remortgages now sits at 26:74.

Tucker adds: “In normal times, further up the line, we’d expect Easter viewings to turn into mortgage searches and then applications with a slight time lag. But in lockdown, with almost no new viewings, new build sites increasingly closed to construction, there’s a contraction further up the line that will have an effect on what mortgages are being applied for in due course.

“Our sense is that the next milestones will be around when lockdown is going to be lifted, and what will happen at the end of furlough at the end of May.

“Lenders are likely to have priced in these elements already, but greater clarity on the latter and on household’s financial stability in general will definitely help the mortgage market to return quickly.” 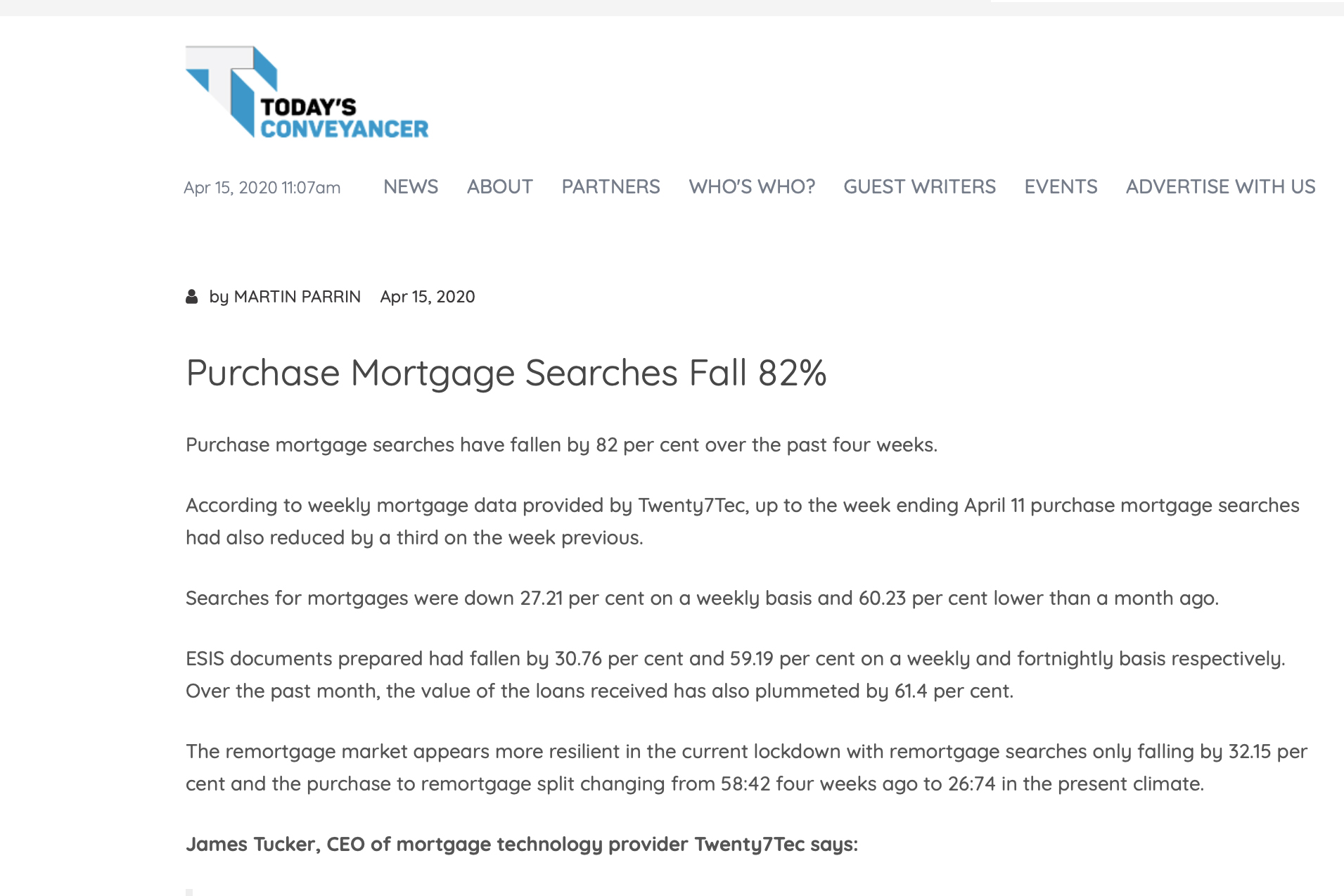