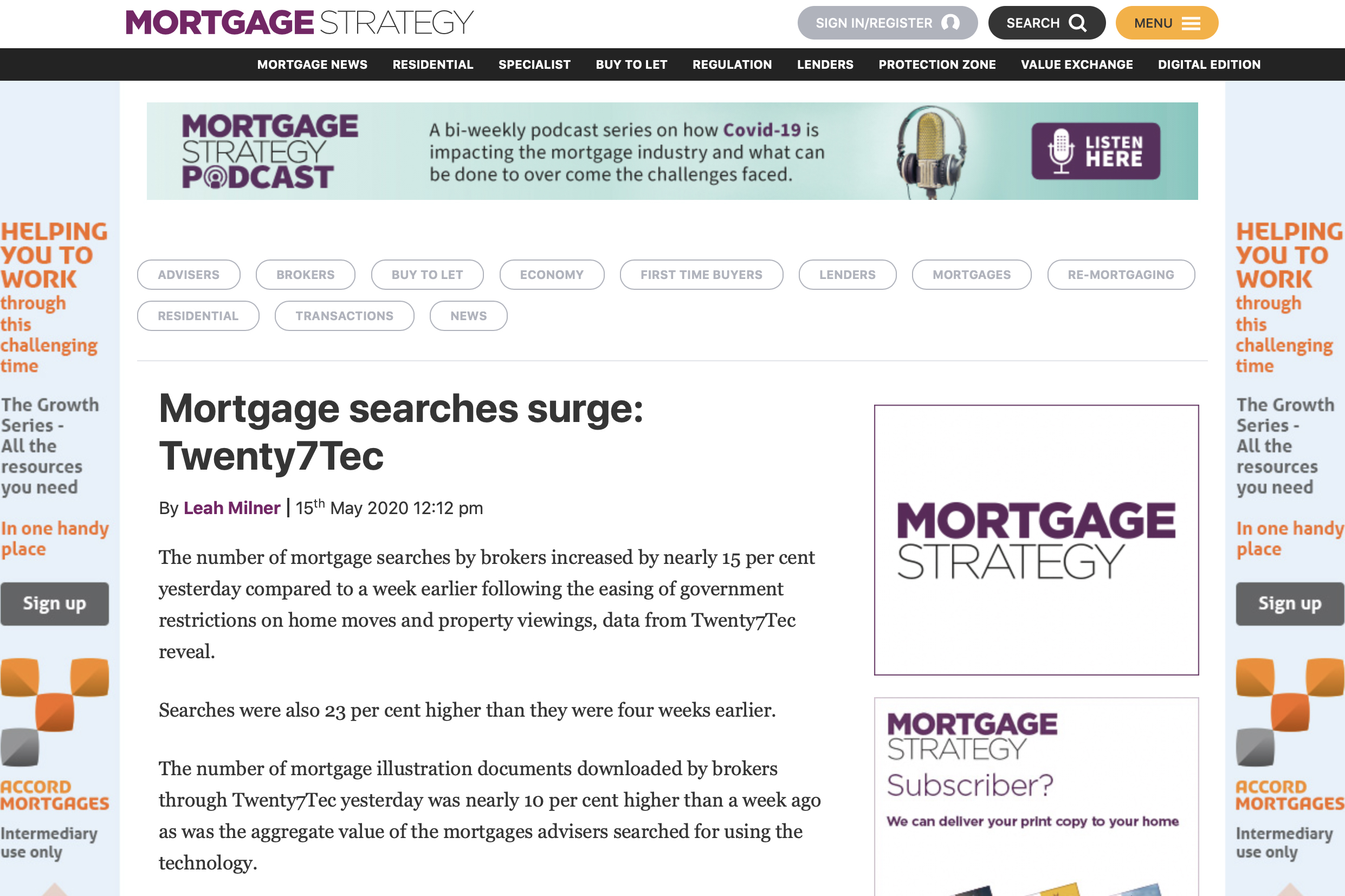 The number of mortgage searches by brokers increased by nearly 15 per cent yesterday compared to a week earlier following the easing of government restrictions on home moves and property viewings, data from Twenty7Tec reveal.

Searches were also 23 per cent higher than they were four weeks earlier.

The number of mortgage illustration documents downloaded by brokers through Twenty7Tec yesterday was nearly 10 per cent higher than a week ago as was the aggregate value of the mortgages advisers searched for using the technology.

Twenty7Tec’s figures also show that the number of searches for purchases has begun to recover.

Typically purchase mortgages represent around 55-60 per cent of all searches, but they recently dropped to 25 per cent during lockdown as home moves were put on hold.

Purchase mortgages as a share of all mortgages have now recovered to 42 per cent.

Total weekly search volumes for the past seven days do not allow a like-for-like comparison because of the VE Day Bank Holiday last Friday, which meant there was only a four-day working week.

Twenty7Tec chief executive James Tucker says: “In the first full day of trading since Robert Jenrick signalled the opening of the market, the activity levels have risen sharply.

“Across the board, the daily activity lights have turned green with all data points outperforming the same days last week, two weeks ago and four weeks ago.

“We are seeing higher volumes of mortgage searches, more European standardised information sheet documents being prepared and a rise in the total value of mortgage requests.

“The volume of searches for purchase mortgages were up over 8 per cent on Thursday compared to Wednesday.

“The volume of searches for purchase mortgages yesterday were almost twice as high as the same day four weeks ago.

“Meanwhile, remortgage searches have slipped back a little with volumes down a further 5.63 per cent on the prior day.

“Remortgages now form their smallest proportion of the overall market since the end of March (when purchase volumes were declining rapidly). “This part of the market is tightening slightly as one in seven UK mortgages are now on payment holidays.

“Buy-to-let mortgage search volumes are at their highest since late March. They still have some way to go to match the volumes earlier in the year, but are now back to two thirds of pre-covid-19 levels.

“The next major statistic on the horizon for the market is reaching parity between the volume of purchase and remortgage searches.

“We were last at this level on 23 March, the day that the government announced lockdown.” 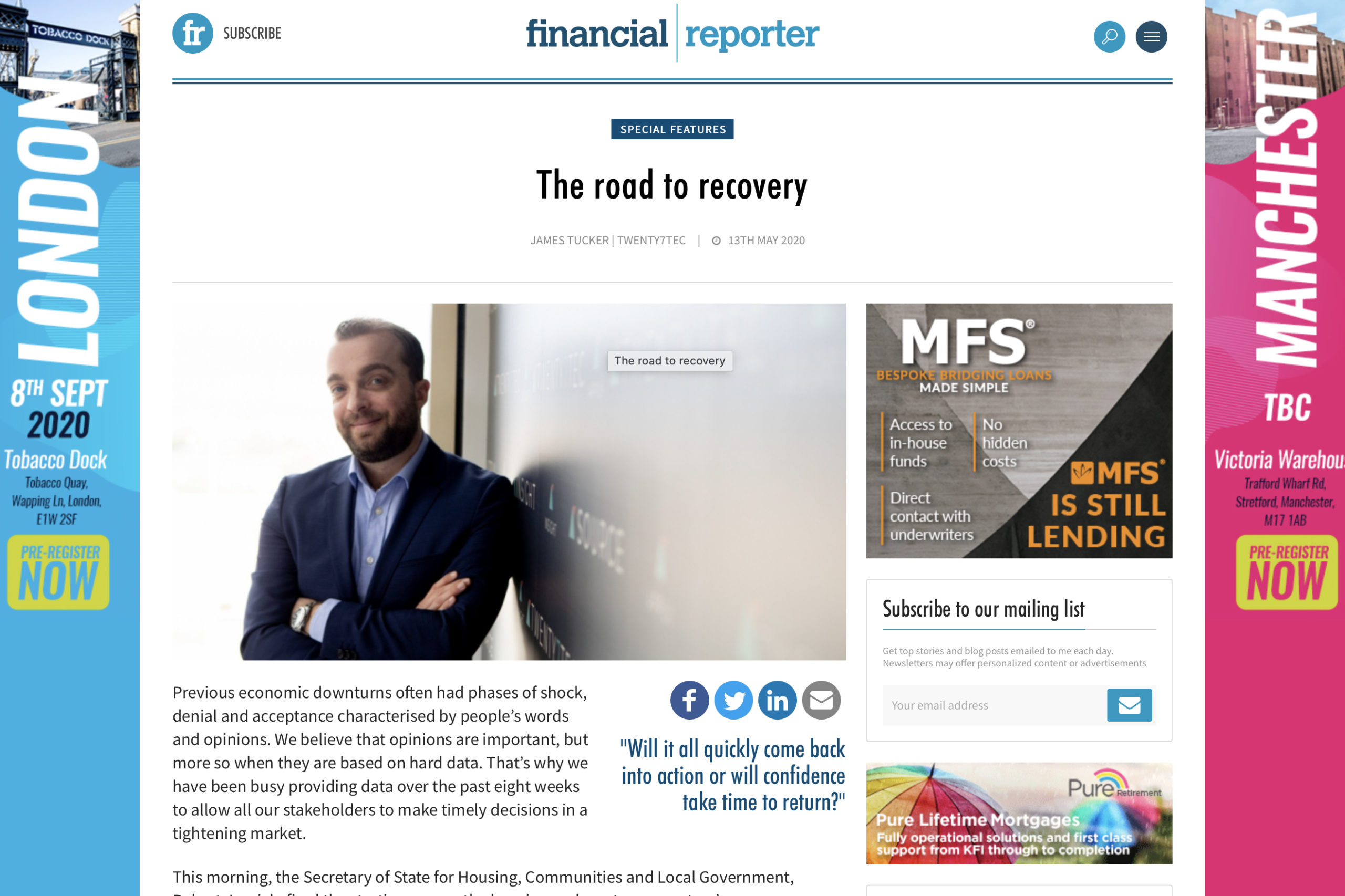 The road to recovery. 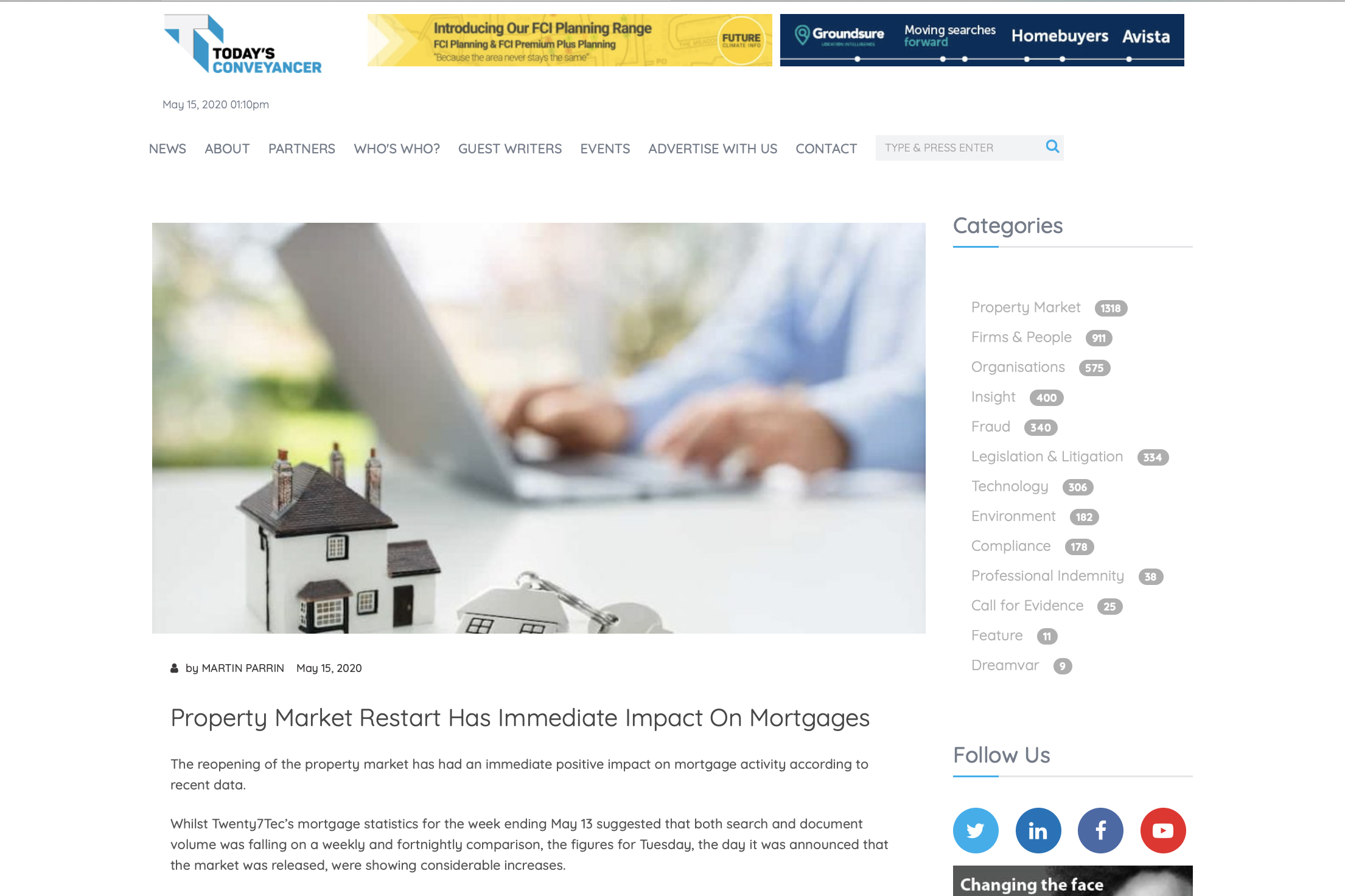 by MARTIN PARRIN May 15, 2020 Property Market Restart Has…