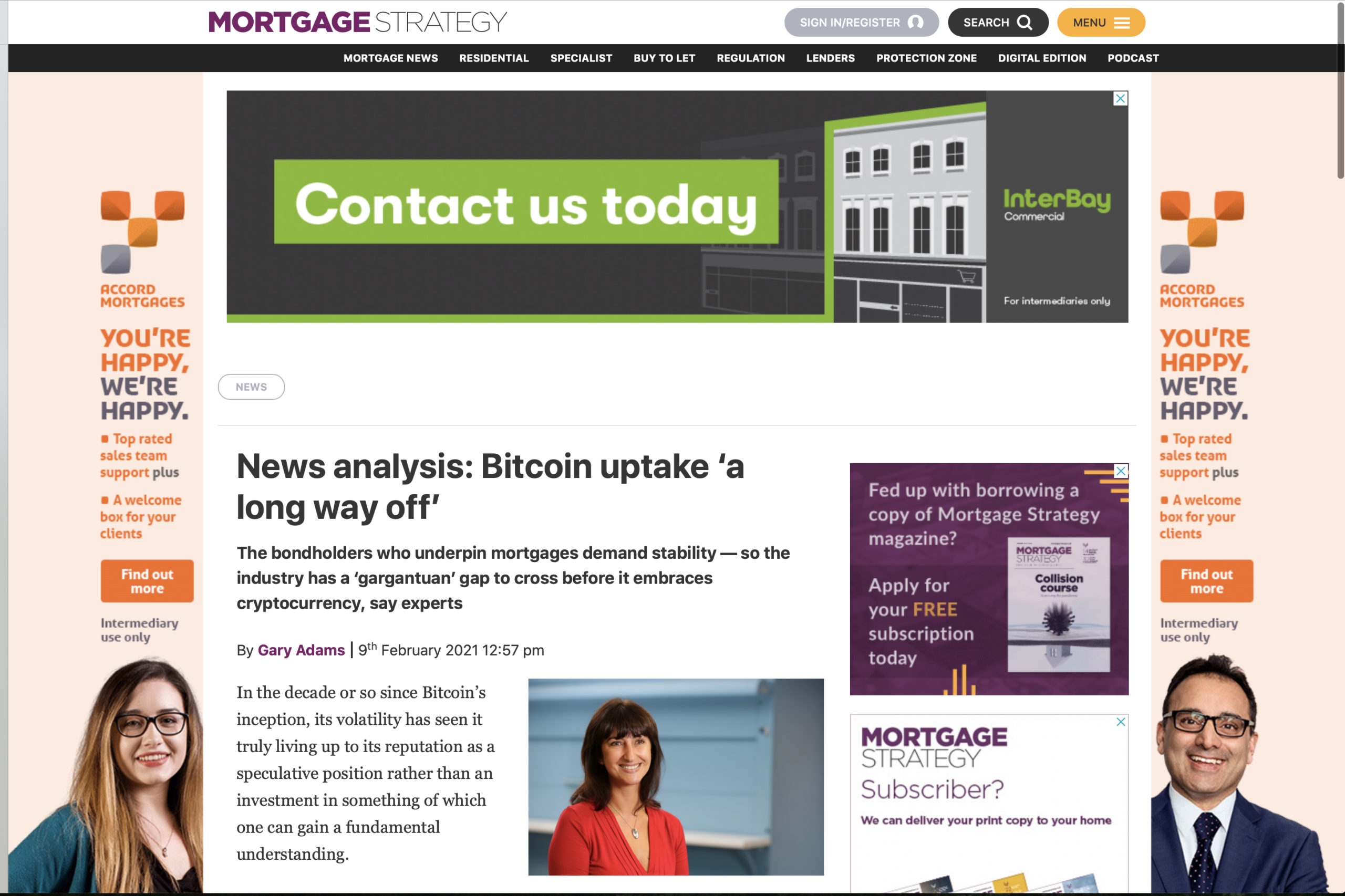 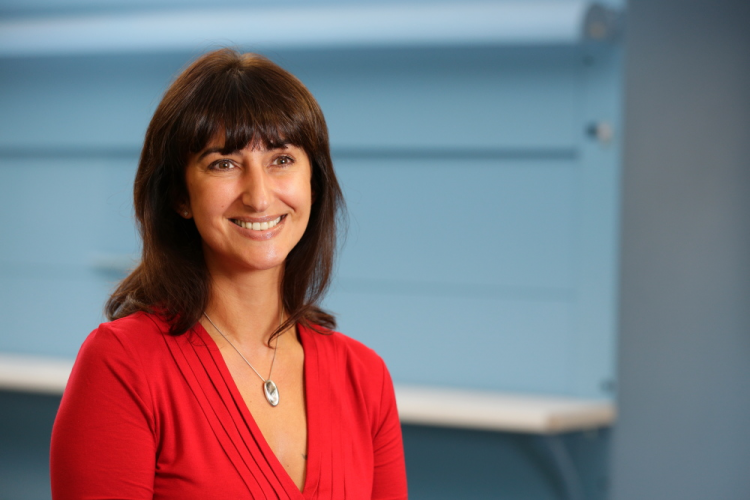 In the decade or so since Bitcoin’s inception, its volatility has seen it truly living up to its reputation as a speculative position rather than an investment in something of which one can gain a fundamental understanding.

However, among some other cryptocurrencies, it seems that Bitcoin is here to stay. We asked around to find out if the mortgage industry was any closer to taking it seriously.

Volatility has always been one of the biggest criticisms fired at Bitcoin. This was put to the test with the arrival of Covid-19. During the pandemic’s opening salvo, in terms of US dollar value Bitcoin dropped from 8,279 on 11 March to 4,694 on 12 March — a 43 per cent decrease. It had fully recovered by 26 April and then went on a startling run upwards to peak at 40,917 on 8 January — a near-100 per cent increase since 11 March. It then dropped to around 30,000 but has risen again since.

The Morgan Stanley Capital International World Index, which measures global performance and is the comparative index for many institutional funds, fell from 48.95 points on 11 March to 44.50 points on 12 March — a 9 per cent drop. It had recovered by 9 April and, at the end of January, hit a one-year high of 62.75 — a 28 per cent rise on 11 March.

Clearly volatility is still a problem, but some commenters have remarked that, in a time when many expected a flight into far less risky assets such as metals or cash, Bitcoin was notable in finding a far higher floor than it had previously and not staying there for very long.

“I’m a huge fan of cryptocurrency and have just used some of the gains I’ve made on Algorand in the past couple of weeks to buy a Peloton bike!” says Digital Cat Consultancy director Maria Harris.

“Sadly, though… it feels as if we’re a long way off this becoming a new normal in house purchase or mortgage payments,” she continues.

“I would have hoped after the early house purchase transactions in the US in 2014 and in Essex in 2017 that we would have made more progress by now, but in reality it doesn’t feel as though it’s even on our agenda.” 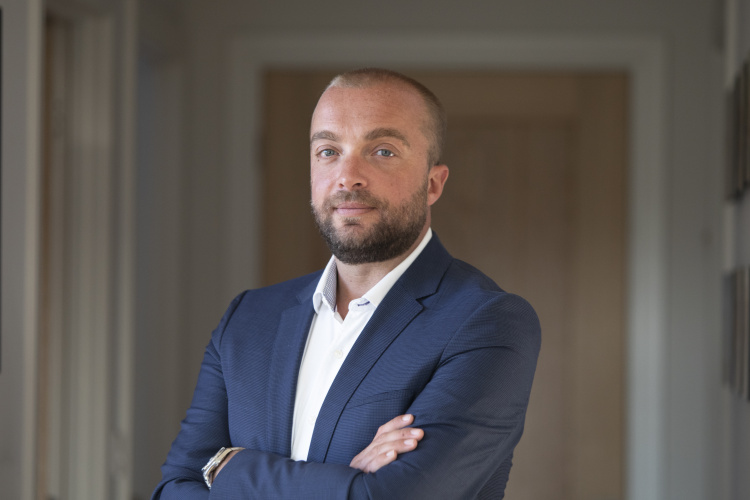 Twenty7Tec chief executive James Tucker says that the bondholders who underpin mortgages demand stability, and that, despite Bitcoin “increasingly” offering this, it just doesn’t have a long enough history of doing so.

He says: “If there’s one thing that the mortgage market in 2020 taught us it’s this: Lenders provide fewer products and sell fewer mortgages at the sharp end of the market when they determine that risk has increased.”

Trinity Financial product and communications director Aaron Strutt explains that a vast part of the mortgage transaction process relies on funds being checked for money laundering. Therefore the lack of regulation surrounding Bitcoin is the big sticking point. 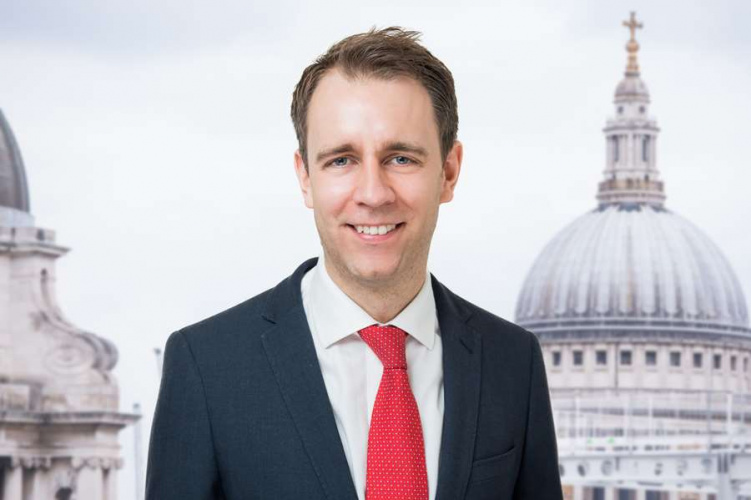 “With the market being so busy,” he adds, “there is just no need for lenders to go into this area.”

Despite these issues, Harris believes that change in the mortgage market is coming — just not here in the UK any time soon.

“I think we’ll see this happen in other countries first… such as China and Sweden, which are almost cashless already.”

Harris continues: “Unless we see our own central bank and major high-street banks adopting crypto in their day-to-day transactions,
I expect we’ll be a follower rather than a leader in take-up — or unless we see a significant surge of mainstream customer demand.”

There is also the issue of accessibility. The average age of a UK first-time buyer has now climbed to 34. The biggest holders of Bitcoin, having 27 per cent of all in circulation, are in the 35- to 44-year-old range.

Accepting Bitcoin would, Harris says, “increase the accessibility, relevance and affinity of financial services with those customers”. She adds: “The longer we have a banking and mortgage system that is not embracing these types of technology trend nor adopting new ways of working with data and virtual/digital services, the bigger the gap we’ll create between custom-er expectation and customer experience.”

Some lenders do accept Bitcoin. Nationwide, for example, says: “We have received a very small number of requests to accept cryptocurrency as a deposit, which we have generally been able to accept.

“Given the greater complexity of assessing the source of the deposit, any such requests are dealt with on a case-by-case basis.”

Its procedures in doing so, the lender says, “include checking the person has the right to the asset, what funded the source of the investment and where the funds are held now. Only after the source of the cryptocurrency is understood and evidenced would the society consider making an offer”.

Tucker believes that there is space in the market for a product where the deposit is made in part at least in Bitcoin.

“I think someone clever will create a product soon,” he says,“most likely in the ranges where the homebuyer is shouldering more risk.”

But wider movement is slow. As Harris puts it: “There’s almost an acceptance that we have some fundamental issues to resolve with the existing house purchase, mortgage and conveyancing processes, which mean that we’re not really looking that far into the future.

“The industry is planning to move to an end-to-end digital customer identity solution this year for the first time in the purchase process, so the gap between our current reality and our conceptual future feels gargantuan.” 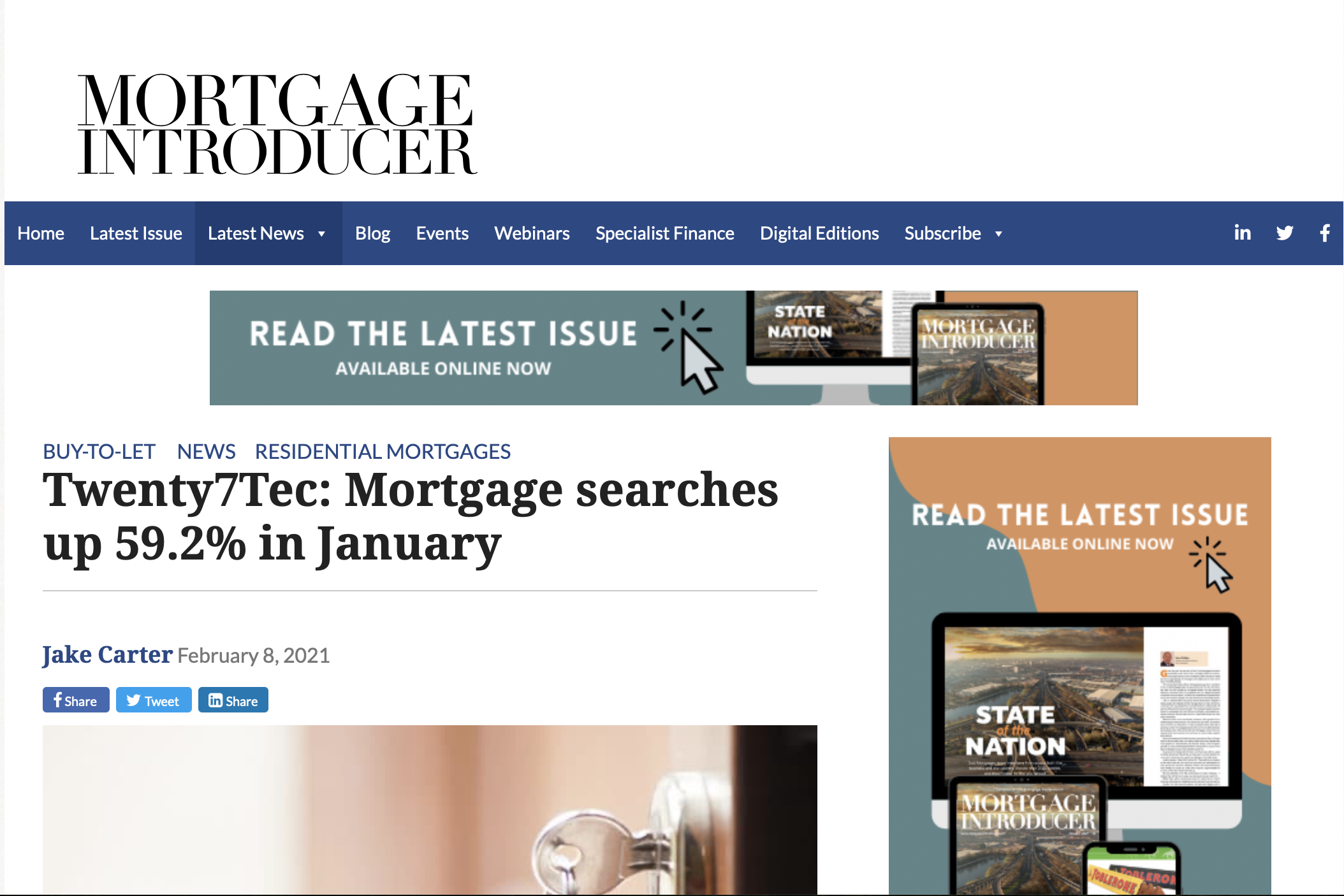 Twenty7Tec: Mortgage searches up 59.2% in January

The total number of mortgage searches rose by 59.2% to… 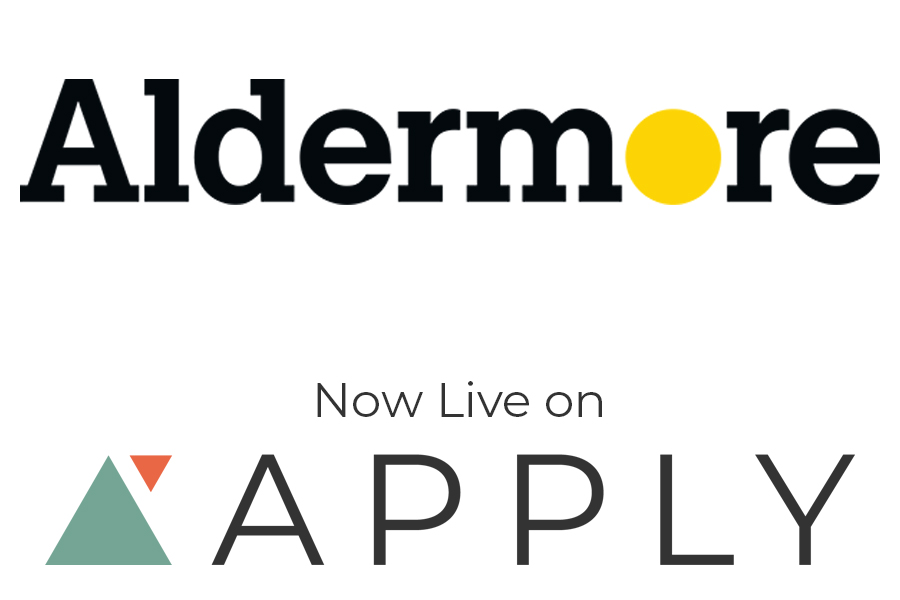 Twenty7Tec rolls out Aldermore APPLY integration to all users