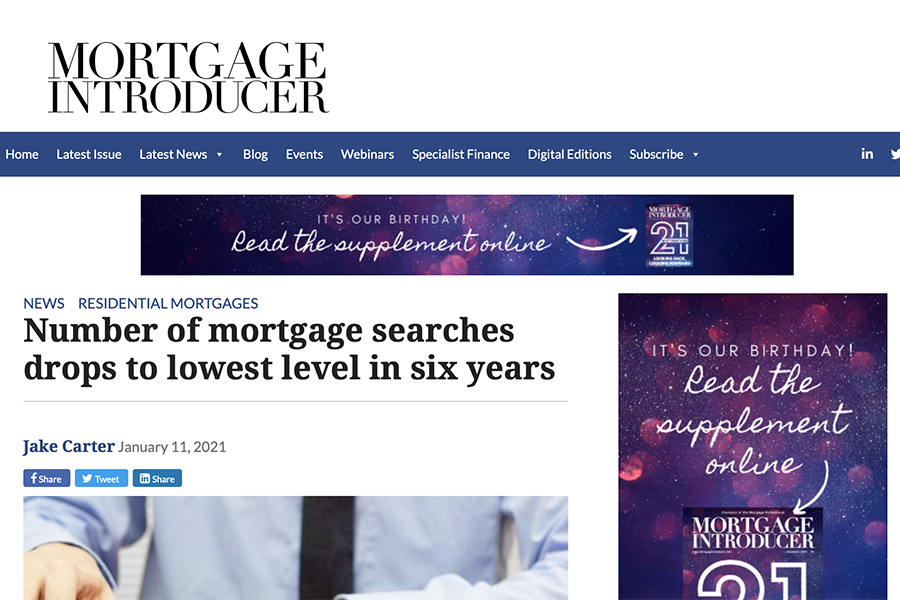 The first week of January this year was the slowest since 2018 in terms of the number of searches compared to the busiest week of the previous year.

The findings from Twenty7Tec’s mortgage market report also shows the first week of January was the slowest first week in a year since 2018 in terms of ESIS documentation produced.

However, a bounce back is expected once the Covid-19 vaccine is more widely rolled out.

Twenty7Tec sales director Phil Bailey says: “We ran the stats of January 1 to 7 for each of the past six years and expressed them as a percentage of the year’s highest weekly figures.

“In most other years, the total number of mortgage searches in the first week of the year is around 75 per cent of the previous year’s busiest week. However, last week, this this figure dropped to be 67.43 per cent of the prior year’s high.

“It’s fair to say that you can’t tell too much from a single week, but I believe that the industry is looking for a bellwether to tell us how the market is likely to perform this year in light of the quadruple whammy of Brexit, stamp duty changes, Covid, and the state of the broader economy.

“Our previous analysis throughout 2020 showed an immediate surge in mortgage activity, post any regional or national lockdown. If the trend continues through 2021, we should expect a significant bounce as the promises of a post-vaccine world and subsequent stability returns.”

Number of mortgage searches drops to lowest level in six… 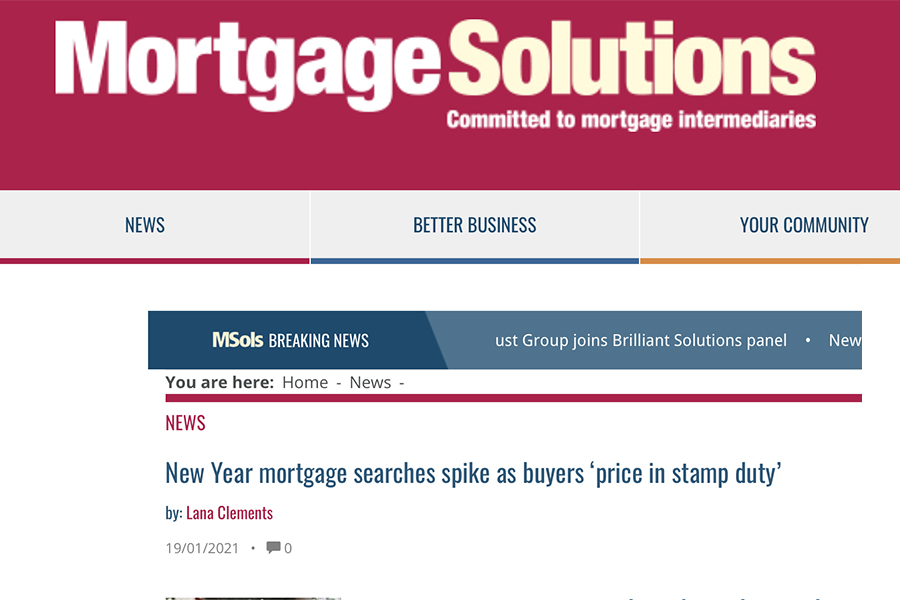