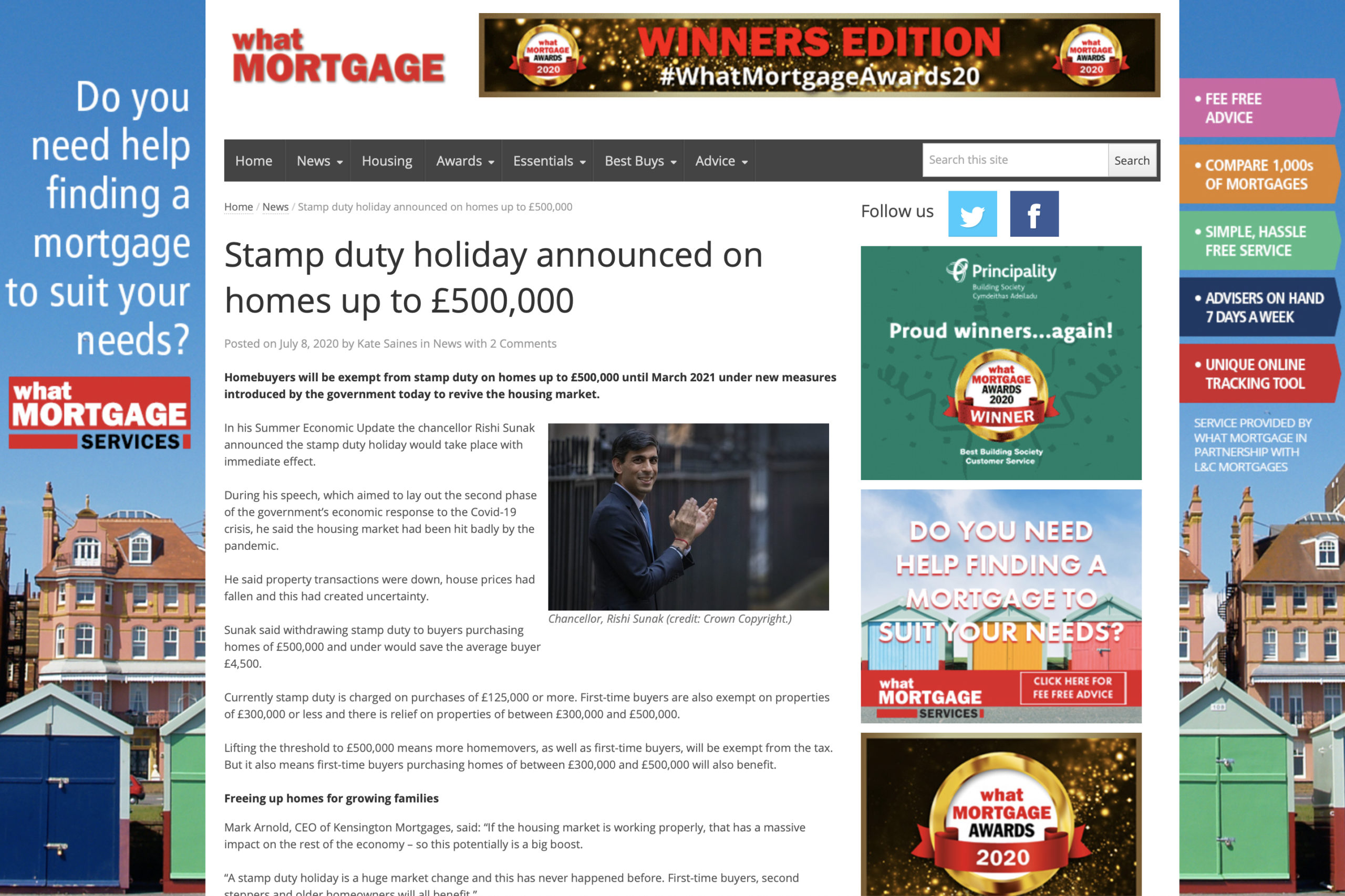 Homebuyers will be exempt from stamp duty on homes up to £500,000 until March 2021 under new measures introduced by the government today to revive the housing market. 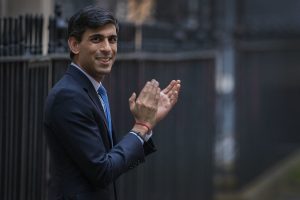 In his Summer Economic Update the chancellor Rishi Sunak announced the stamp duty holiday would take place with immediate effect.

During his speech, which aimed to lay out the second phase of the government’s economic response to the Covid-19 crisis, he said the housing market had been hit badly by the pandemic.

He said property transactions were down, house prices had fallen and this had created uncertainty.

Sunak said withdrawing stamp duty to buyers purchasing homes of £500,000 and under would save the average buyer £4,500.

Freeing up homes for growing families

Mark Arnold, CEO of Kensington Mortgages, said: “If the housing market is working properly, that has a massive impact on the rest of the economy – so this potentially is a big boost.

“A stamp duty holiday is a huge market change and this has never happened before. First-time buyers, second steppers and older homeowners will all benefit.”

He added: “Extending the threshold to £500kfrees up larger properties for growing families and enables the next generation of homebuyers to step onto or even up the ladder.

“Buyers will make a significant tax saving and this acts as a large incentive to keep all parts of the housing cycle moving in some of the most crucial summer months.”

The stamp duty cut is expected to impact around 90% of people moving house in England and Norther Ireland.

The fact the chancellor has called for the change with immediate effect has also come as good news to property and mortgage experts who were concerned he might wait until Autumn to introduce the measures.

Richard Donnell, research and insight director at Zoopla, said: “The immediate increase in the Stamp Duty threshold will help sustain the rebound in housing market activity across England.

“The benefits will be immediate – nine of 10 transactions in England will no longer be subject to the tax and in London and the South East, home to more expensive properties, homebuyers can save up to £14,999 overnight.

“The government will expect the change to stimulate more housing sales over the second half of the year and that savings made by buyers will be reinvested in home improvements, white goods and furniture, rather than bidding up the cost of housing.”

Not all industry experts were convinced the cut would help everyone on their property ladder journey. Indeed, there are concerns the move did not go far enough to support first-time buyers, whose main hurdle at the moment is finding mortgages which offer loans to customers with small deposits.

Phil Bailey, sales director of mortgage tech provider Twenty7Tec, said: “In our view, [the stamp duty holiday will] drive a surge in demand, but it’s more than likely going to support people to buy bigger than helping those who are struggling to get onto the property ladder.

“The additional demand caused by this could push house prices up or see them stay the same and not drop as expected later this year.” 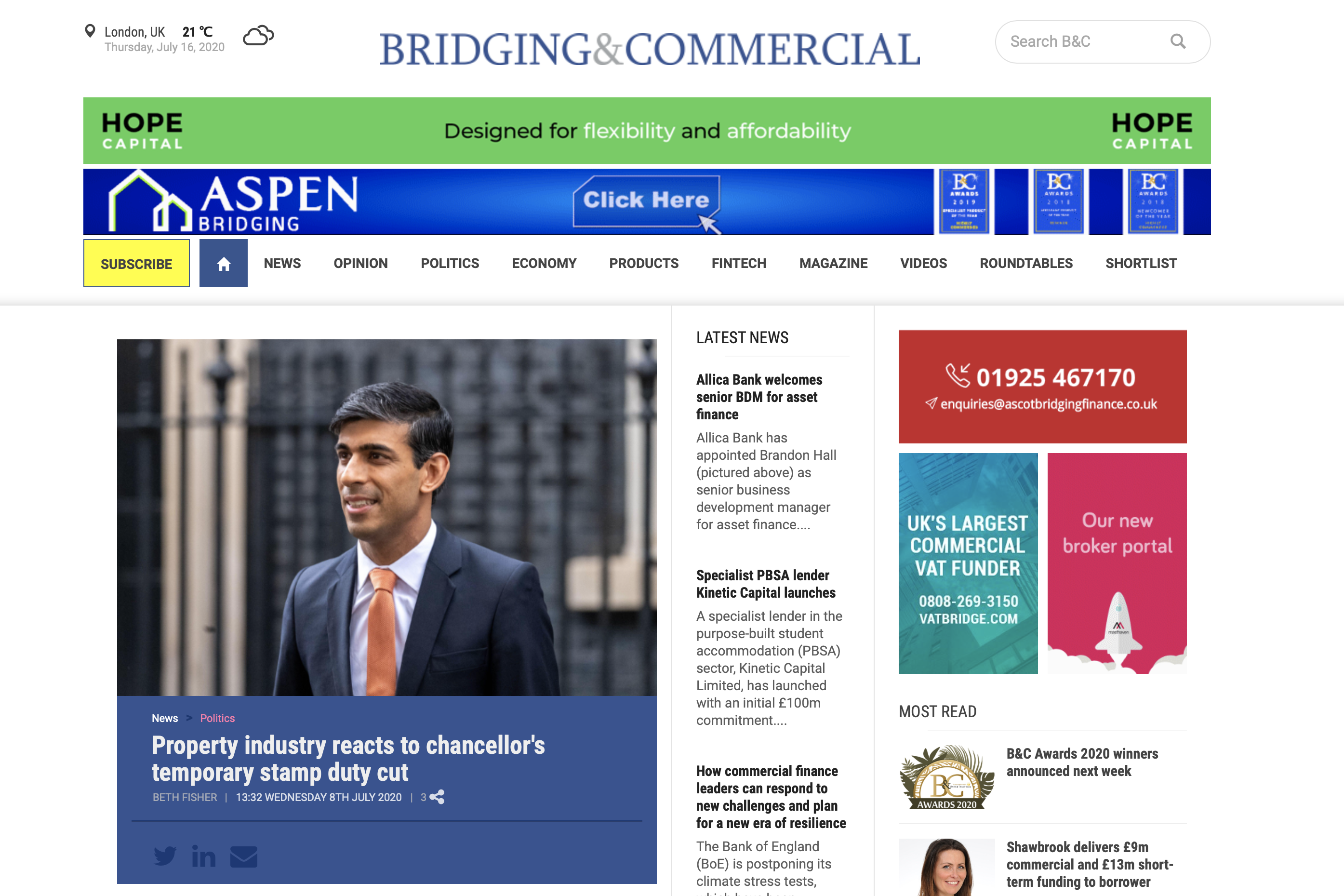 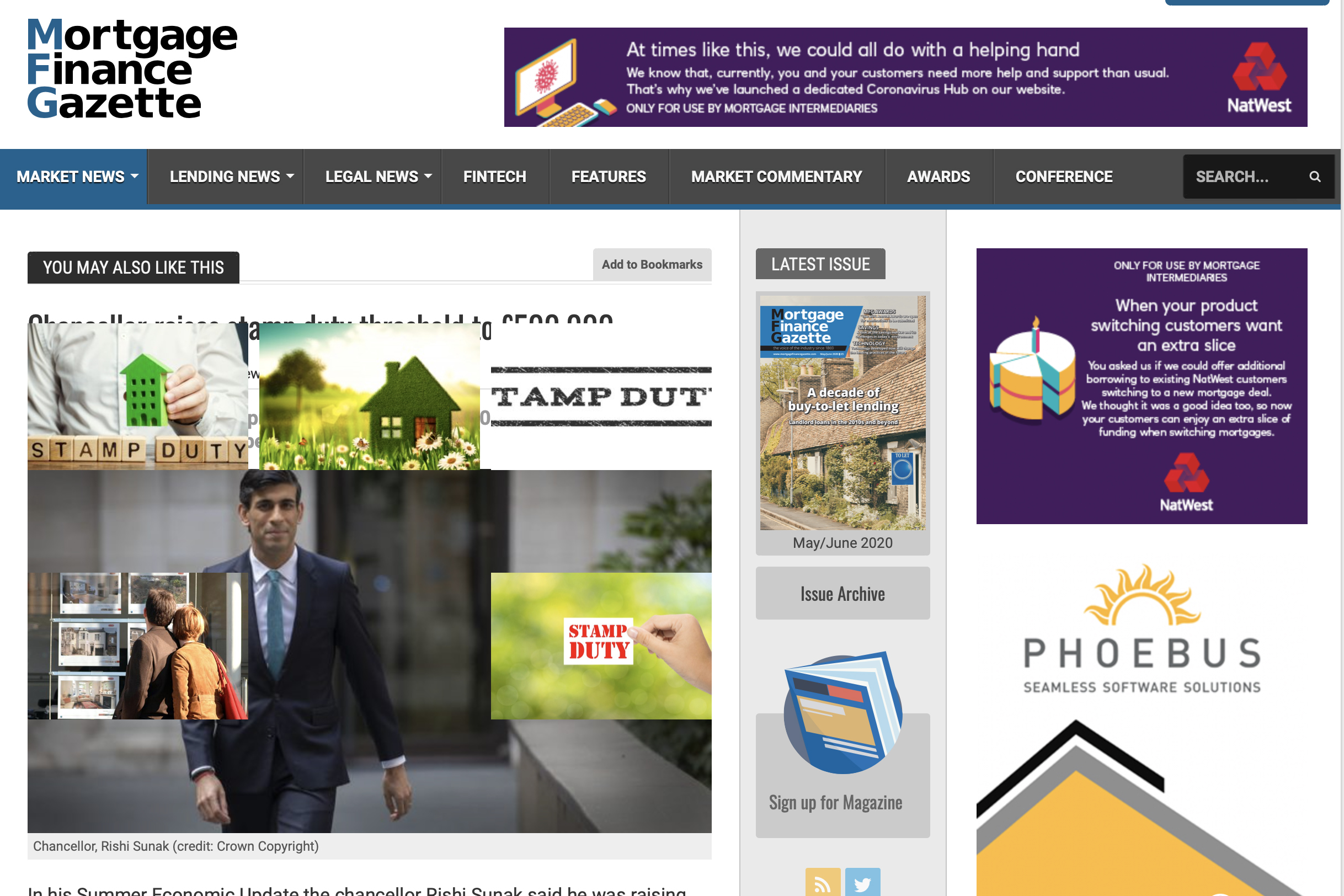