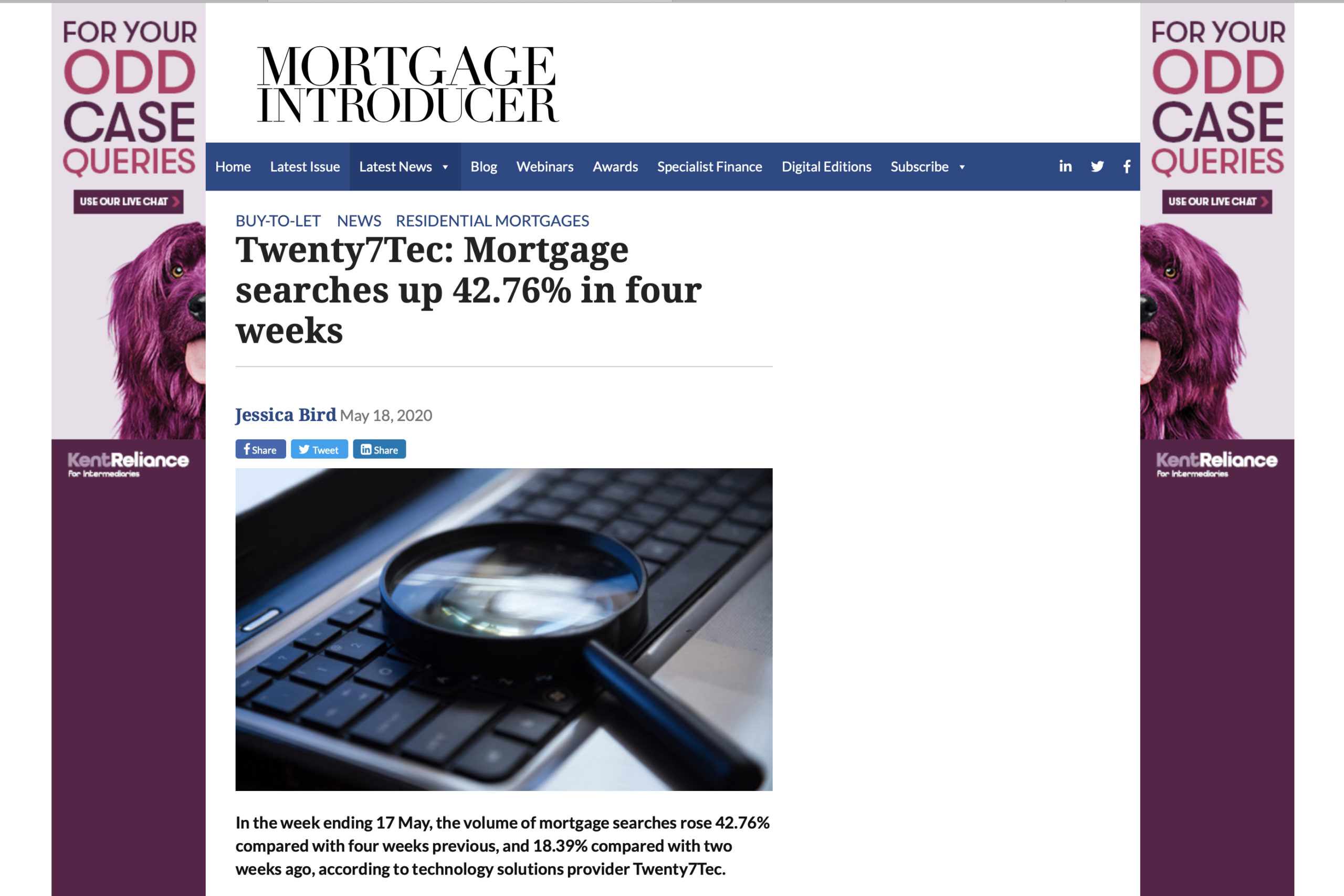 In the week ending 17 May, the volume of mortgage searches rose 42.76% compared with four weeks previous, and 18.39% compared with two weeks ago, according to technology solutions provider Twenty7Tec.

Mortgage searches also rose 27.46% on the week before alone, according to the data from Twenty7Tec, although this is influenced by the bank holiday on 8 May.

This proportion of purchase mortgages is up significantly from recent lows of 24.5%.

Twenty7Tec also found that searches for purchase mortgages for the week up to 17 May were up 57.45% compared to the week before.

The volume of searches for purchase mortgages has now reached around 44.60% of pre-COVID-19 levels.

BTL reached a high of 26.74% of all mortgage searches at the end of April.

James Tucker, CEO of Twenty7Tec says: “Yesterday was the busiest Sunday in weeks and the whole weekend has gone well for the mortgage industry.

“We are starting to see significant volumes return to the market – with searches for purchase mortgages in particular rapidly gaining pace.

“Searches for purchases are now at 44% of pre-lockdown highs, up from lows of 15.6% in mid April.

“Purchase search volumes has tripled since that low point.

“It’s hard to overstate the effect that last week’s reopening announcement has had on the market.

“It’s the first week that we have ever seen where activity on the Wednesday, Thursday and Friday all outperformed the Monday and Tuesday.

“Of course, we’ll see how this pans out this week and, come Wednesday, will be able to see the results of the first full week of the ‘Jenrick effect’.

“Is this just prior [pent up] demand, or is it a sustainable growth based also on new business? Time and data will tell us.

“This weekend, for the first time since lockdown, purchase searches overtook remortgages searches.

“It’s possible that we’ll see the weekly figures reach parity [in terms of purchases versus remortgages] this week.

“Remortgage volumes will be interesting to watch this week. Last week’s figures were pretty much flat when you allow for the prior week’s bank holiday.

“Remortgage volumes have held up comparatively well over the lockdown period – never dipping below 55% of pre-lockdown highs.

“The end of the first mortgage holidays is on the horizon – technically, a month from today for those who moved quickly.

“This will be on the minds of lenders who want to be able to price remortgages accurately.

“The greater clarity the market has over the future of the mortgage holidays arrangement, the greater we will all serve our customers.” 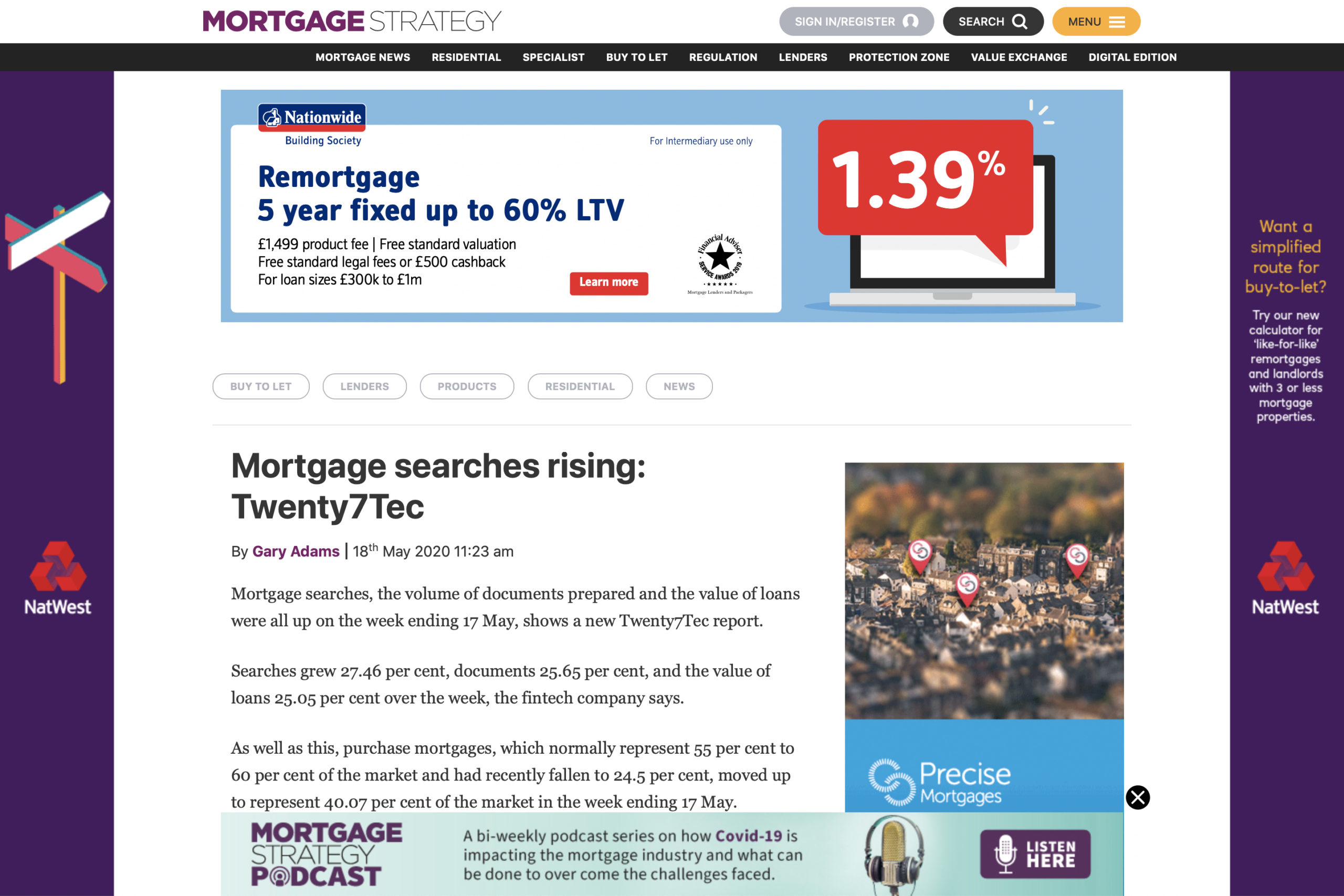