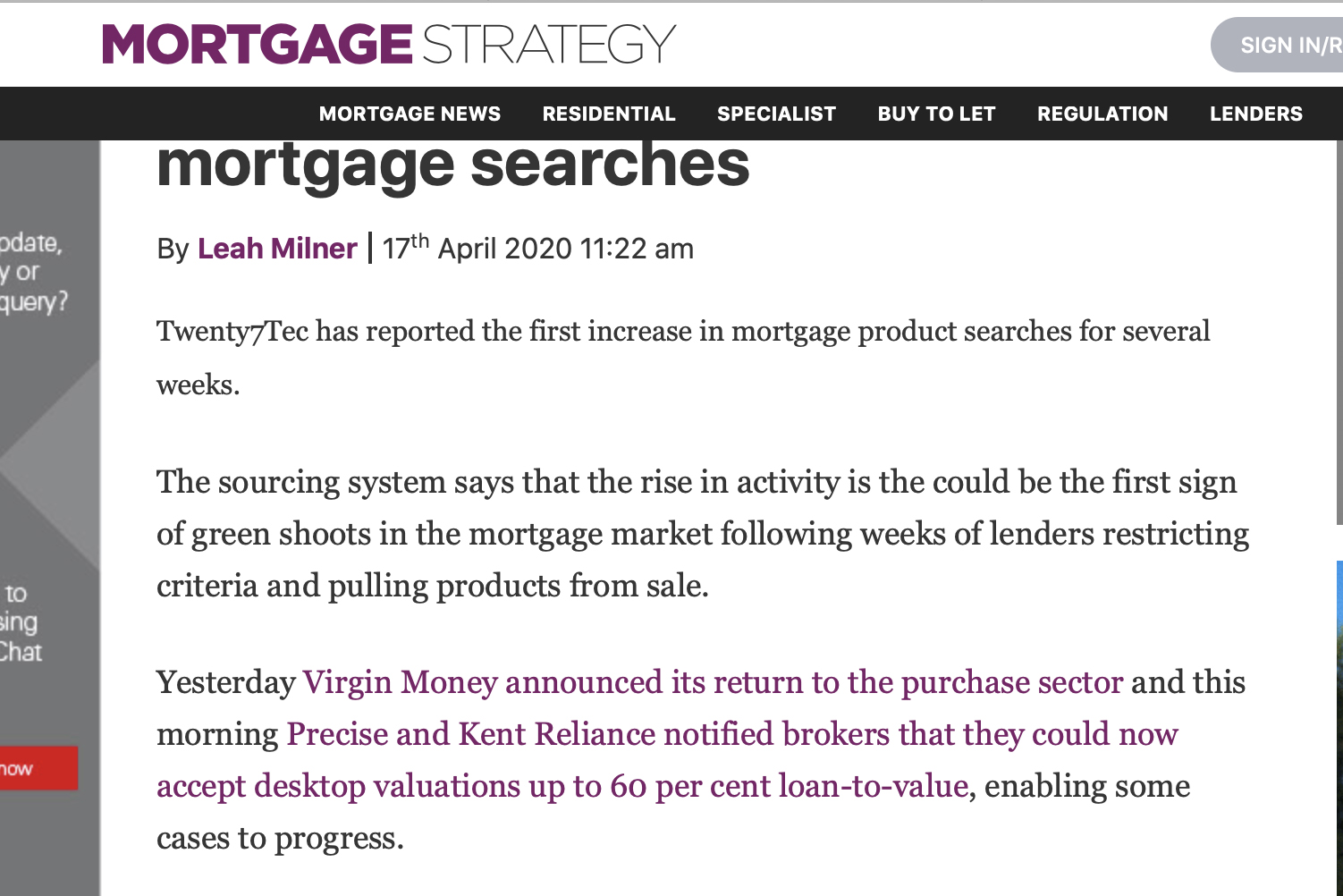 Twenty7Tec has reported the first increase in mortgage product searches for several weeks.

The sourcing system says that the rise in activity is the could be the first sign of green shoots in the mortgage market following weeks of lenders restricting criteria and pulling products from sale.

Yesterday Virgin Money announced its return to the purchase sector and this morning Precise and Kent Reliance notified brokers that they could now accept desktop valuations up to 60 per cent loan-to-value, enabling some cases to progress.

“The volume of searches versus the same day the week prior were up 4.96 per cent.

“And the number of ESIS documents prepared were up the same day last week by 3.52 per cent and even up on the prior day (which rarely happens) by 1.29 per cent.

“Finally, the total value of mortgages being looked into also rose 1.66 per cent versus the same day last week.

“The big spike was on purchase searches where there was an uplift of 13.13 per cent versus last week.

“While one swallow does not a summer make, I think that the market needs to hear good news in a timely fashion.

“It is definitely something for brokers, lenders and other providers to build on.

“Purchase mortgages currently represent 31 per cent of daily searches up from a long-term low of 25 per cent last week.

“This additional level of interest in purchase mortgages is a step back towards the long-term average of 55 per cent purchase to 45 per cent remortgage.” 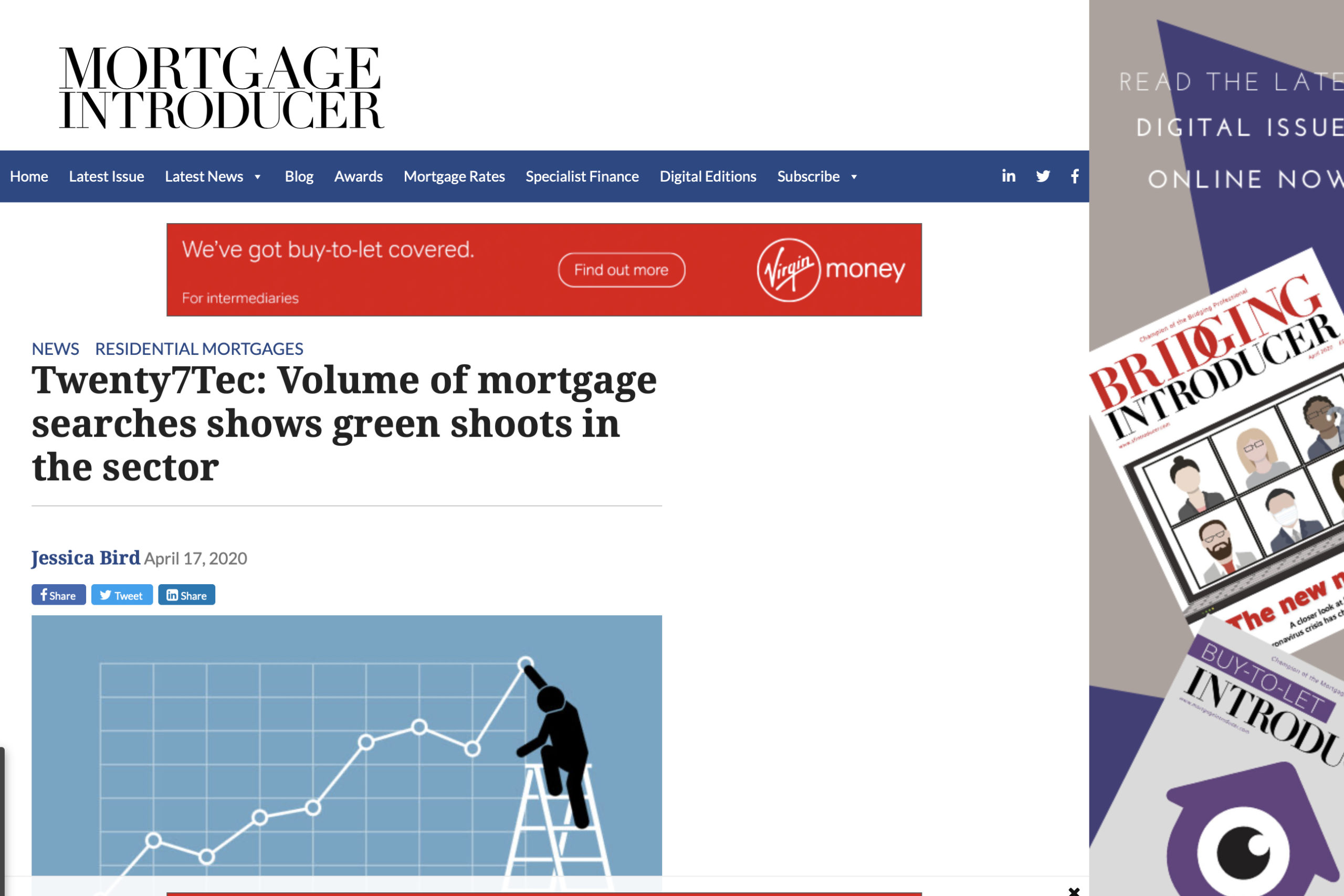 Twenty7Tec: Volume of mortgage searches shows green shoots in the… 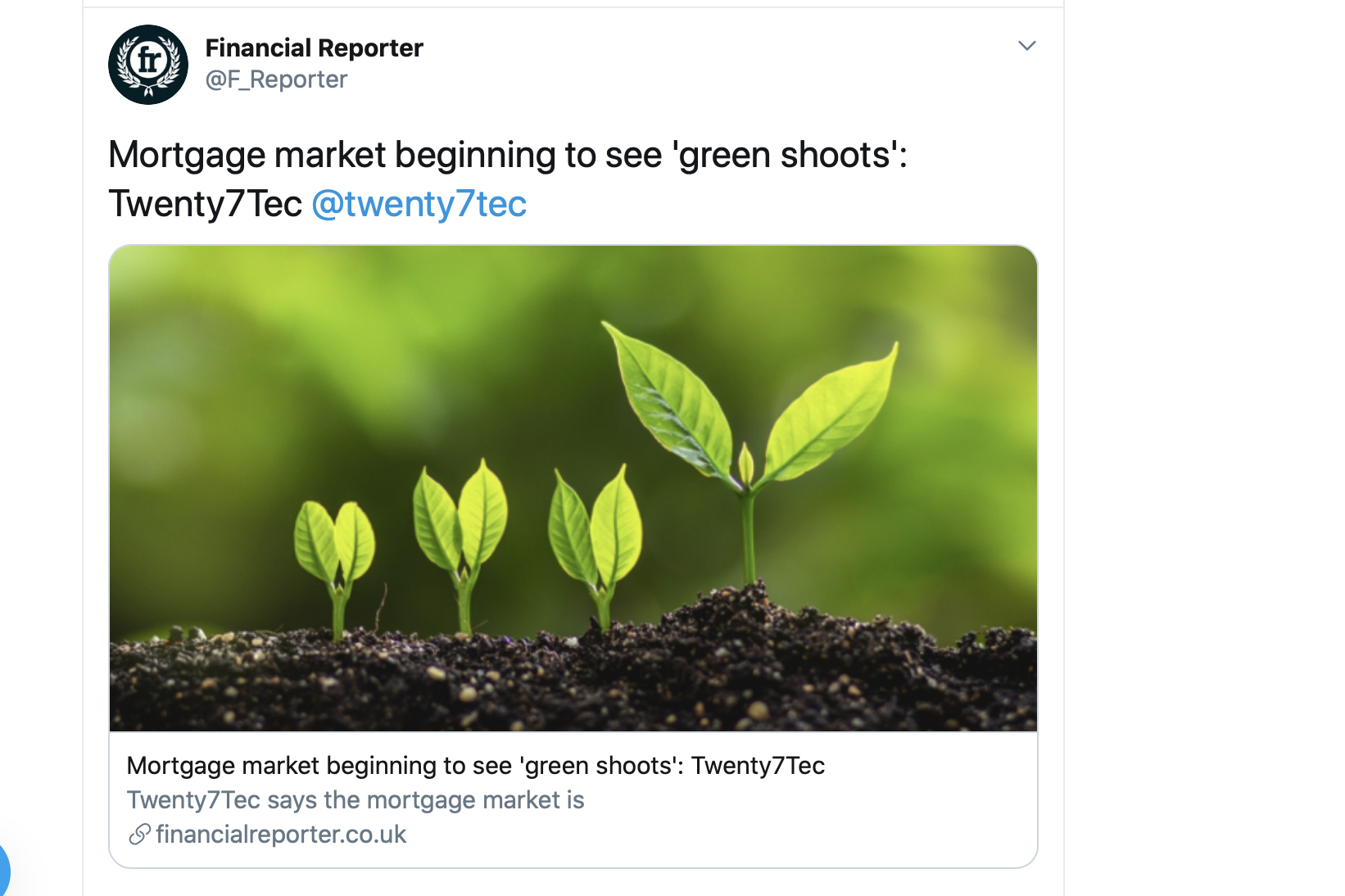