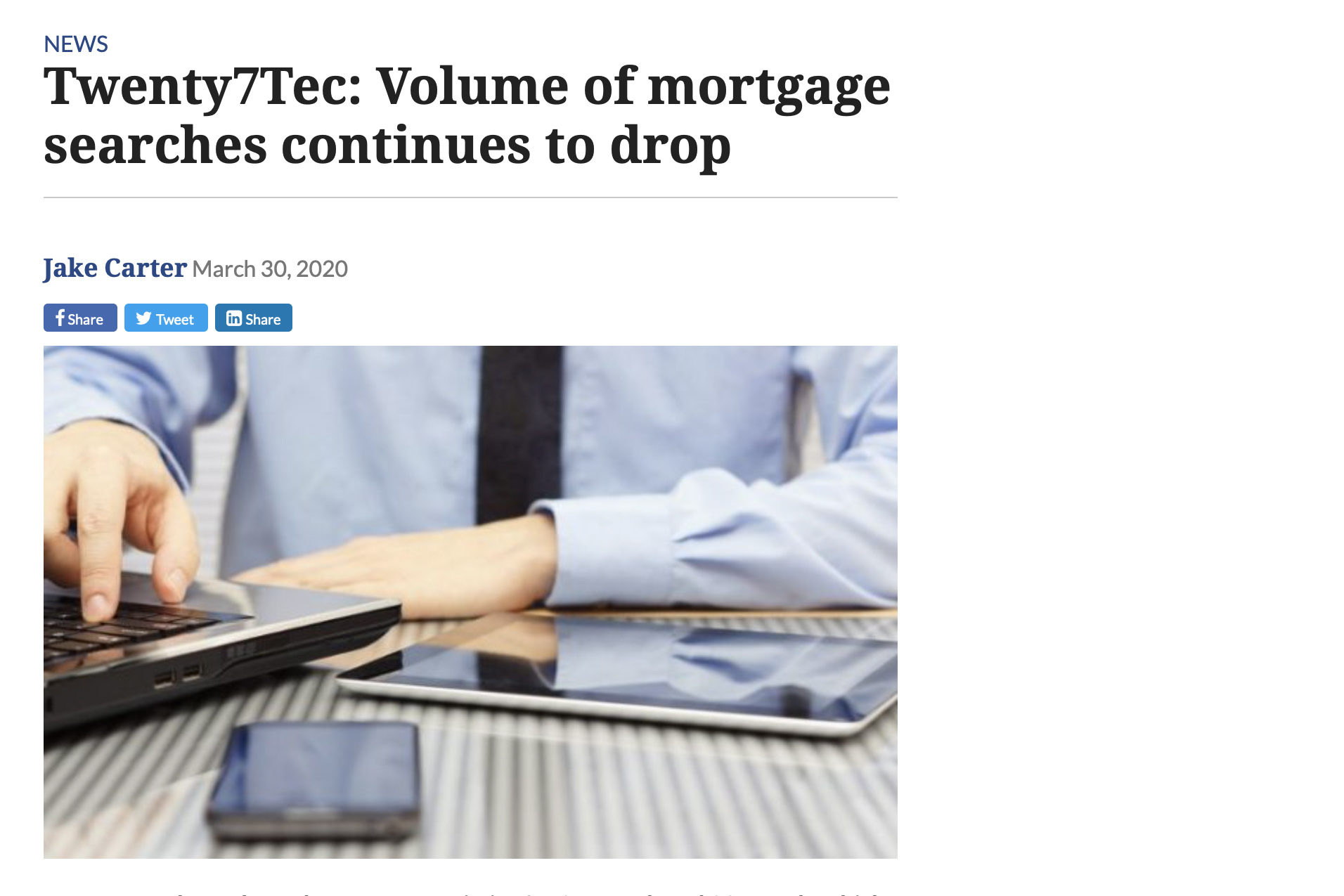 Twenty7Tec has released mortgage statistics for 27 March and 28 March, which show the continued decline of search volumes.

Moving on to the statistics recorded on 28 March, the volume of searches was down 23.78% on a weekly basis.

The volume of documents week-on-week also dropped, falling by 15.40%, and the total value of loans declined by 15.90%, over the same period.

The data, which is free to access, is collected using the firm’s INSIGHT platform.

“The market figures are in the red despite the best efforts of brokers, lenders and the treasury.

“There’s still activity in the market and we expect remortgage volumes to hold up well or even rise as more and more people seek to release equity.

“The purchase market is going to be reliant on existing valuations, vacant properties, and new builds with desk valuations.

“We’ve begun to see some innovation in this area, but there’s a sense in the market that purchase hasn’t bottomed out yet.” 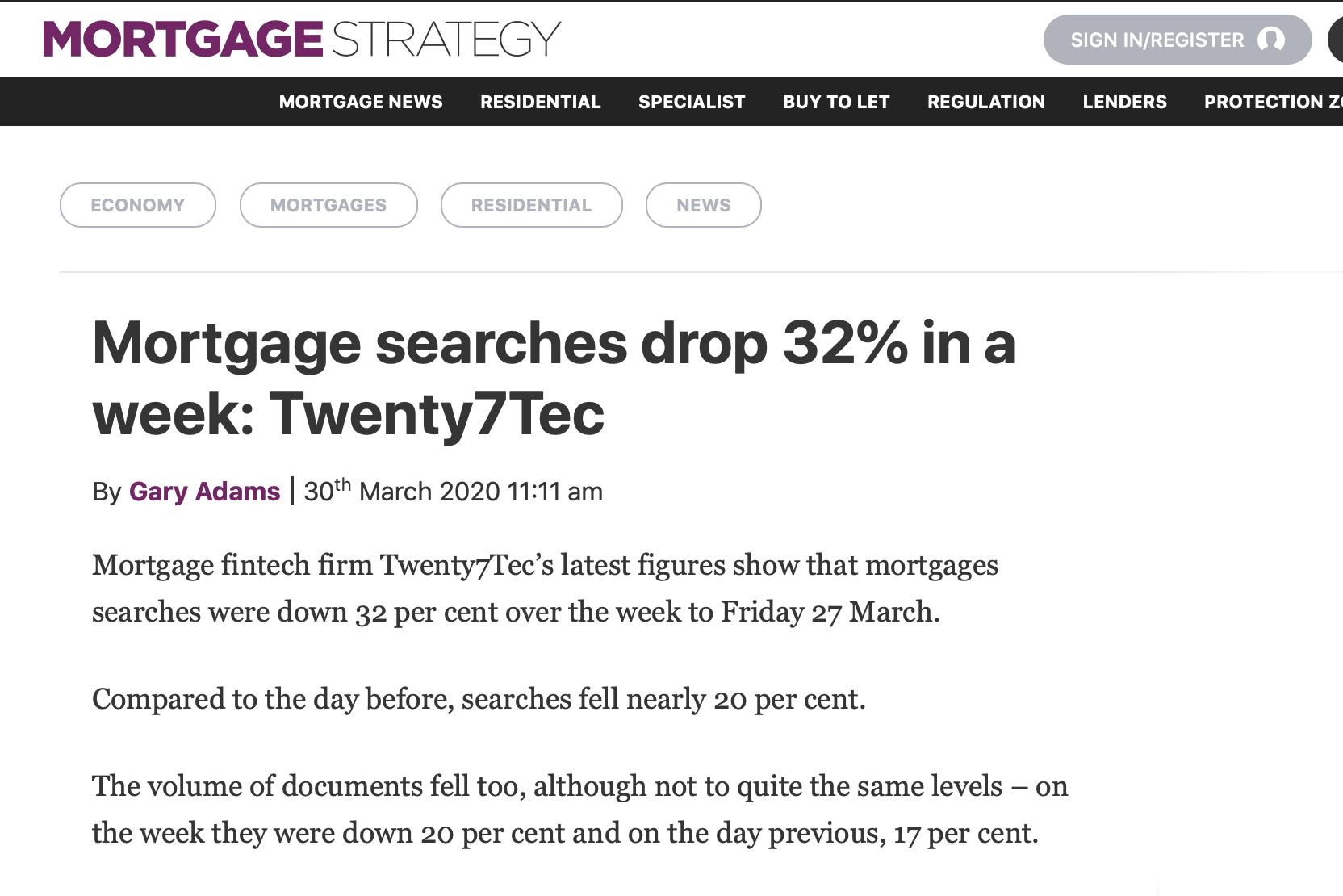 Mortgage searches drop 32% in a week.

Mortgage searches drop 32% in a week: Twenty7Tec   By…