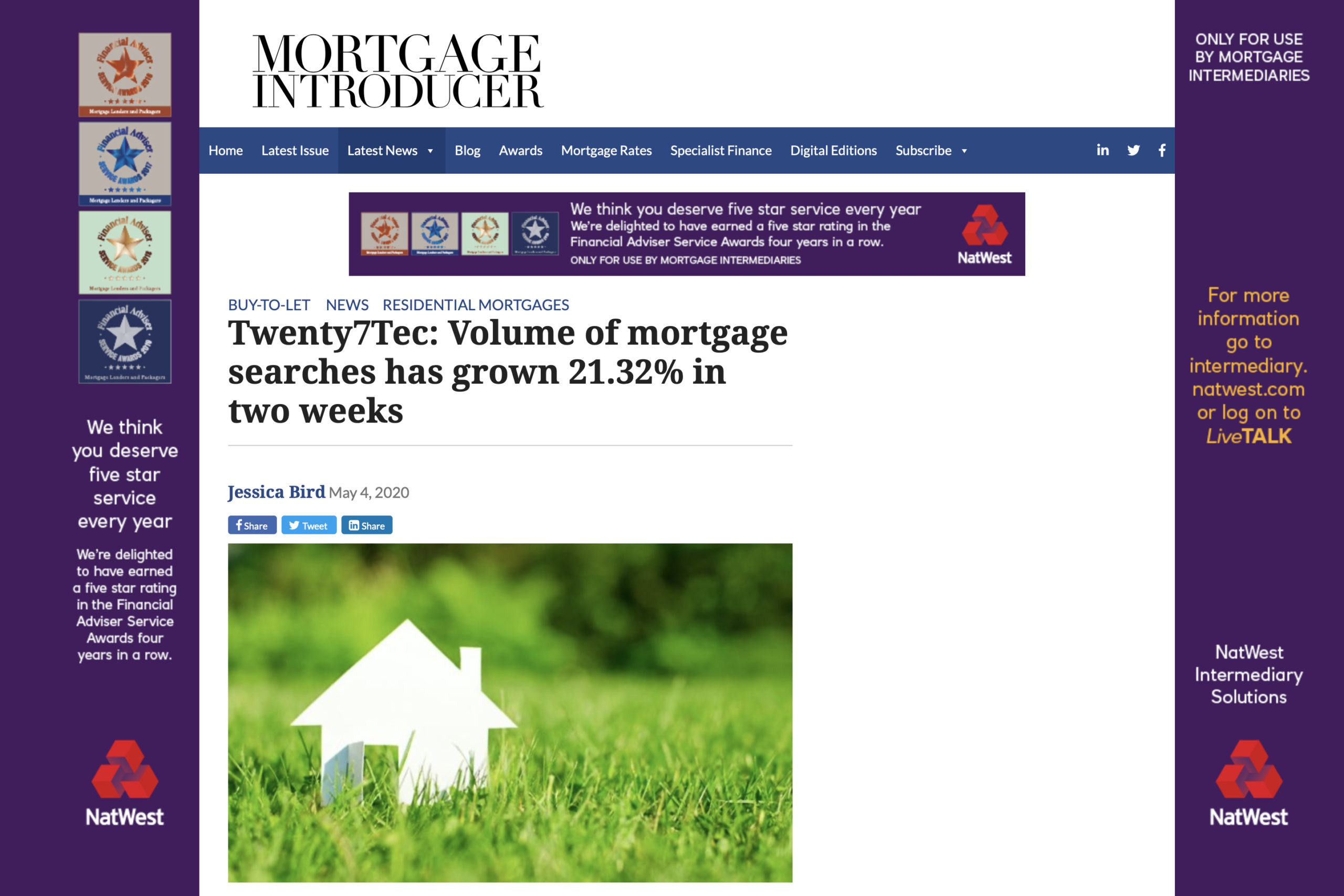 Twenty7Tec: Volume of mortgage searches has grown 21.32% in two weeks

The volume of mortgage searches during the week ending 2 May 2020 was up 5.36% on the previous week, and 21.32% compared to two weeks ago, according to insights from mortgage technology provider Twenty7Tec.

Nevertheless, this is still down 12.6% compared with four weeks previous.

The total value of loans in the week ending 2 May was 2.93% and 23.59% higher than the previous week and the week before, respectively, but had dropped 20.77% compared with four weeks previous.

Nevertheless, purchase mortgages reached a recent low of 24.5%, so this does show some improvement.

Searches for remortgages are up 2.62% on the prior week and up 13.9% over a two-week period, although volumes remain around 20% lower than peak volumes earlier in the year.

Buy-to-let (BTL) has a long-term average of 19.78% of searches, with standard residential searches representing 61.25% of all searches in the past year

Commenting on the weekly figures, James Tucker, CEO of Twenty7Tec, said: “The data tells us that we are gently on the up again and have been ever since Easter.

“Across the board, we are seeing higher search volumes, higher levels of documentation prepared and higher total levels of loans requested.

“Buy-to-let is probably the story of the week, representing around one-fifth more of the total market than the long-term average.

“Whilst it’s great news that this week’s searches for purchase mortgages continue to rise, the volumes remain considerably down on their [January to March] peaks.

“This week’s volumes are only 26% of the weekly volumes in mid-March.”

When comparing April and March as a whole, these figures have dropped across the board: volume of searches was down 49.1%; volume of documents prepared was down 50.8%; value of mortgages dropped 52.5%; buy-to-let search volumes were down 37.82%; remortgage search volumes dropped 23.5%; and first time buyer search volumes lowered by 77.27%.

“April was going to be a challenging month for the mortgage industry; households were in lockdown, building sites were closed, and vast tracts of people were being put on furlough.

“Equally, in comparing April to March, it’s worth noting that April had two Easter bank holidays and that March was a day longer, but also that the volume of mortgage products on the market was considerably lower than the month prior.

“Despite the difficult conditions, lenders quickly moved to address the changes in the market conditions and amended, updated and replaced their products at an unprecedented rate.

“Brokers responded well and were able to focus in on those areas of our industry where volumes remained higher.

“What’s clear from the figures is that remortgages have held up remarkably well – down just 23.5% in April versus March.

“The volumes of searches for first time buyer mortgages was down 77.27% on March, whilst buy-to-let search volumes were down just over one-third month on month.

“Looking back, it is hard to believe that just 10 days before lockdown, we were having our busiest week of the year for mortgage searches.

“Our sense is that the work between the industry and government to provide a three-month payment holiday scheme has definitely gone a long way to shoring up confidence in a deeply affected industry.

“These figures would likely have been a lot worse had it not been for those efforts.

“The latest figures tell us that around one in seven UK households has now used a mortgage holiday.

“The lowest point for our market was around the Easter period. We’ve seen gentle uplifts since then with purchase searches forming an increasing proportion of total searches, one sign that things are heading north once more.

“The shape of April’s result is a U curve with a low point around Easter. We hope that we continue to see rises over coming days and weeks and that May further recovery.” 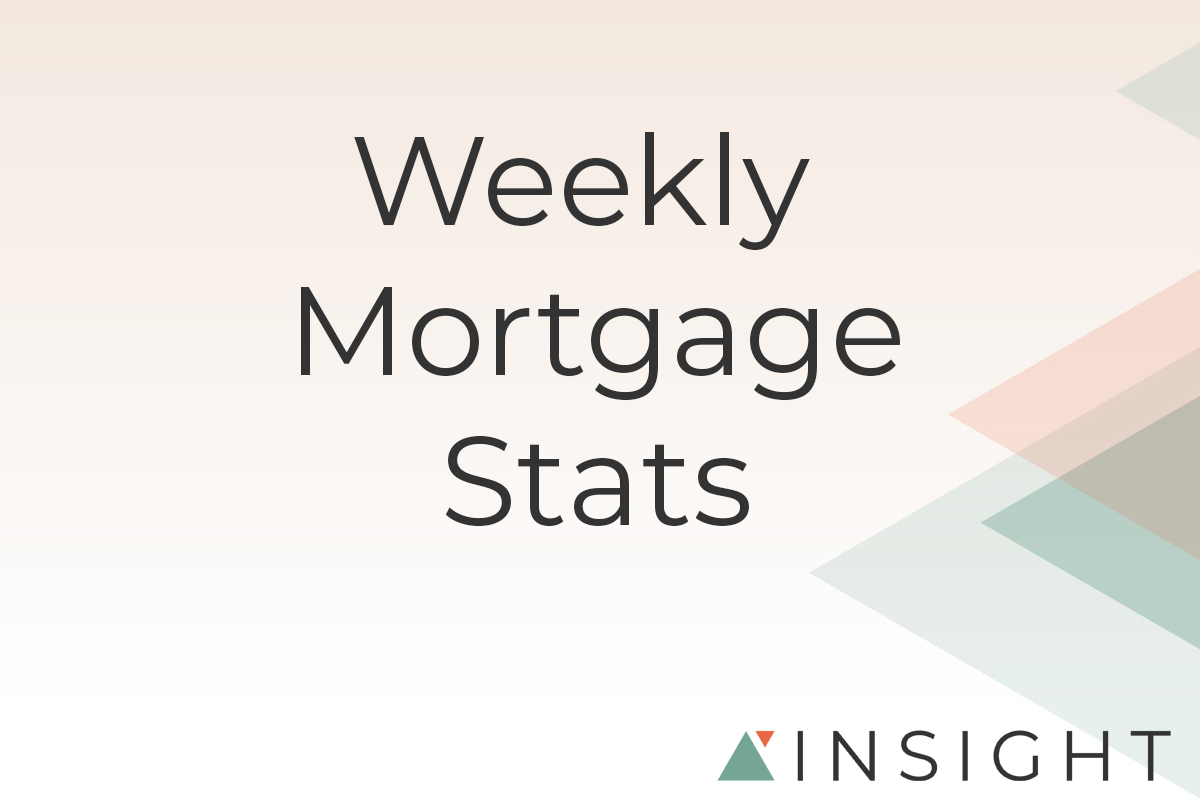