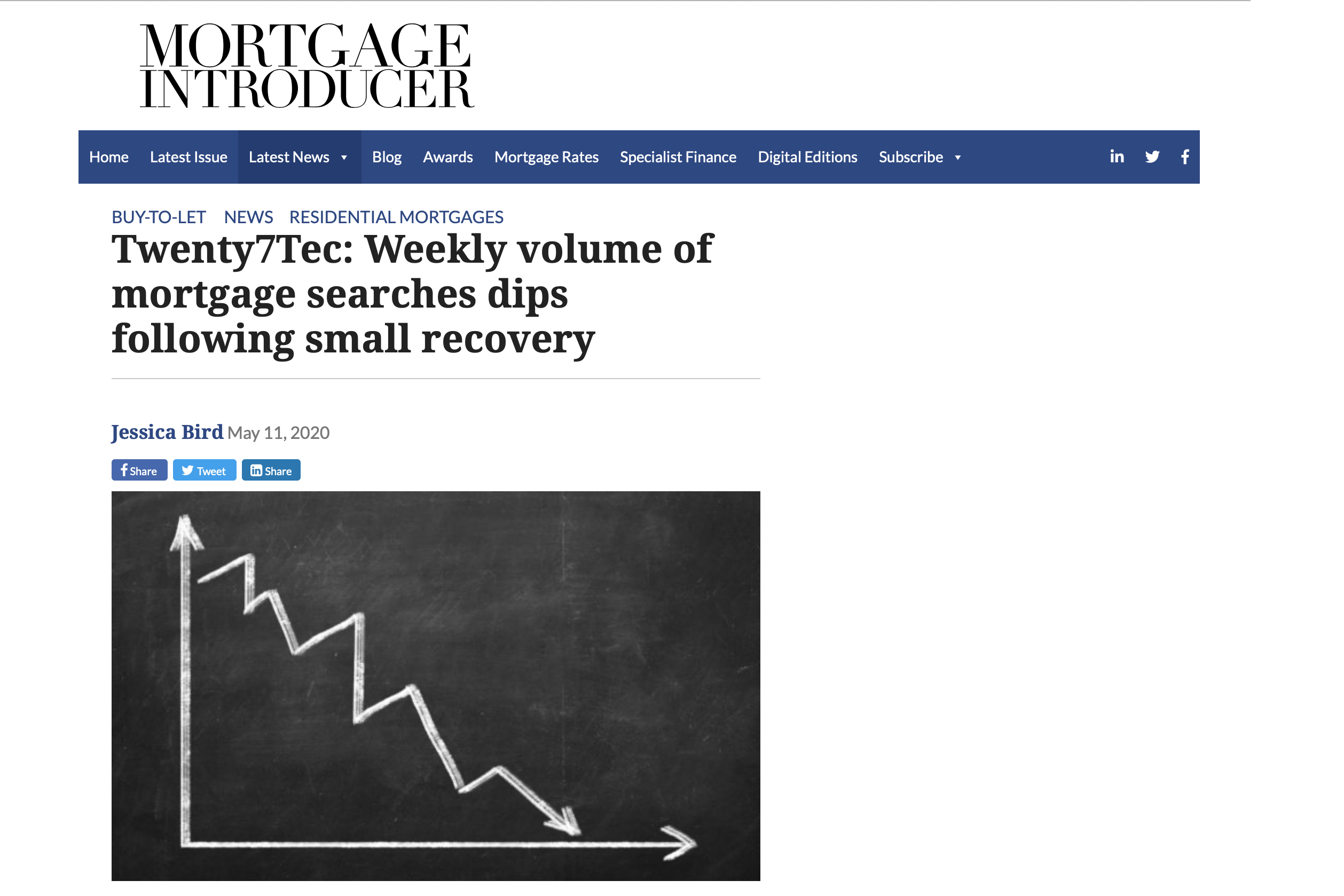 Despite reportedly growing by 5.36% in the week ending 2 May, the volume of mortgage searches dropped again by 7.48% last week, according to analysis by mortgage technology provider Twenty7Tec.

Twenty7Tec also found that the volume of documents being produced was down 13.44%, compared to the previous week, 12.72% compared to two weeks before, and 1.45% compared to four weeks previous.

The value of loans was also down 11.35% compared to two weeks previous, but had risen by 1.24% compared to four weeks before.

Searches for purchase mortgages are still only around one-quarter of pre-lockdown levels.

Searches for remortgages were down 8.45% on the prior week, and 6.05% compared to two weeks ago; they were up just 0.44% on four weeks previous.

Buy-to-let (BTL) has a long term average of 19.78% of searches, with standard residential searches representing 61.25% of all searches in the past year.

James Tucker, CEO of Twenty7Tec says: “This week’s figures are all in the red after the last couple of weeks’ recovery.

“In terms of total search volumes, we are currently at around 44.4% of pre-lockdown searches for purchase and remortgages combined.

“Remortgages, which have been propping up the market in terms of volumes, have dipped a little further and are basically flat compared to four weeks ago.

“However, this week’s figures were clearly affected by the VE Friday bank holiday.

“The week ahead may show greater signs of whether or not the gentle recovery in our market continues.

“The housing and mortgage markets are looking for a greater clarity on exiting lockdown.

“The Prime Minister mentioned construction in his Sunday evening address to the nation, but our industry needs the detail to understand how all points along the chain in the housing and mortgage markets are expected to function.

“New builds should begin to flow through as and when construction works begin again.

“Sales will be mostly affected by physical viewings, which look more likely to be allowed under the new guidance.

“Then, in just a few short weeks, we might expect activity levels to pick up in the mortgage industry.” 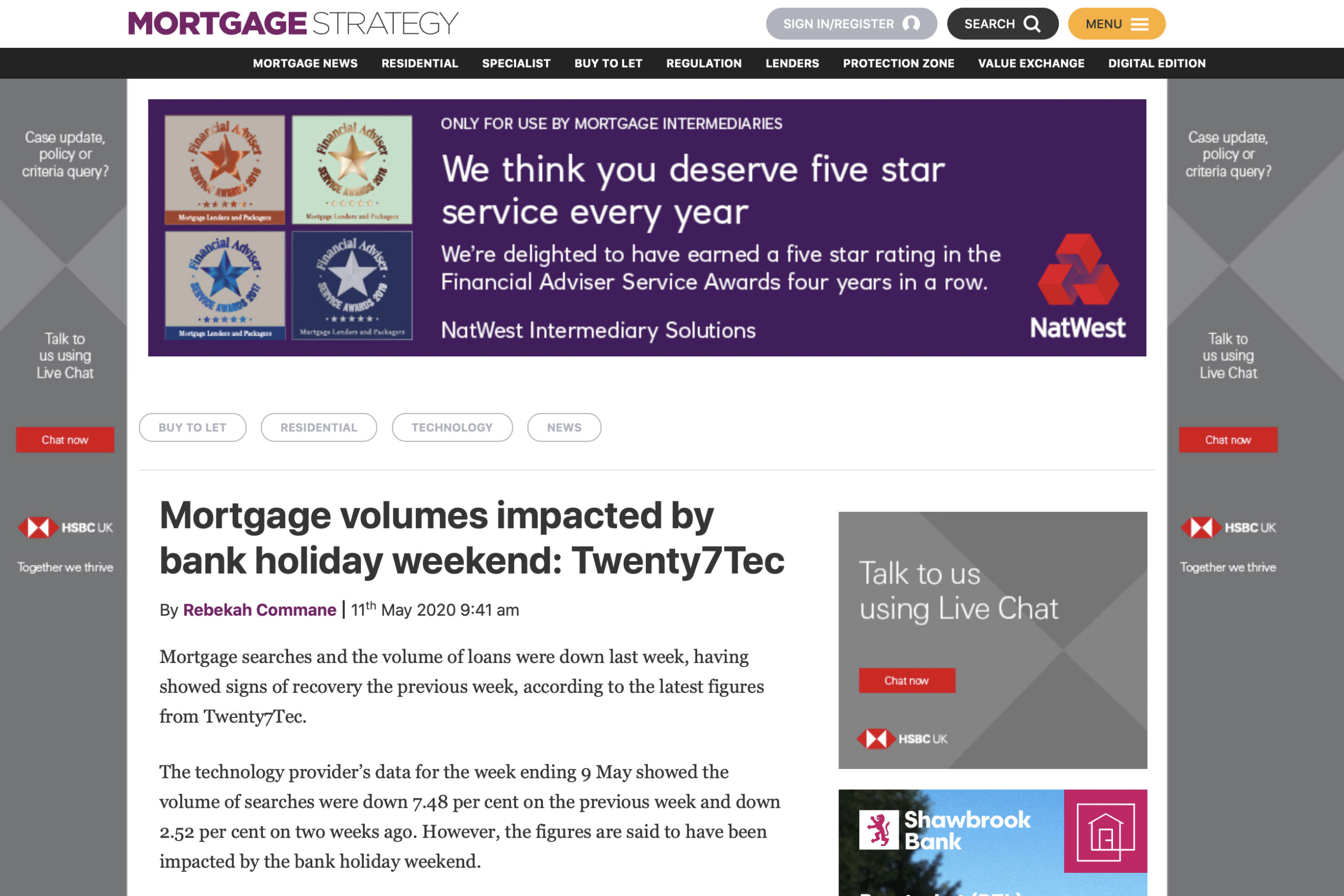 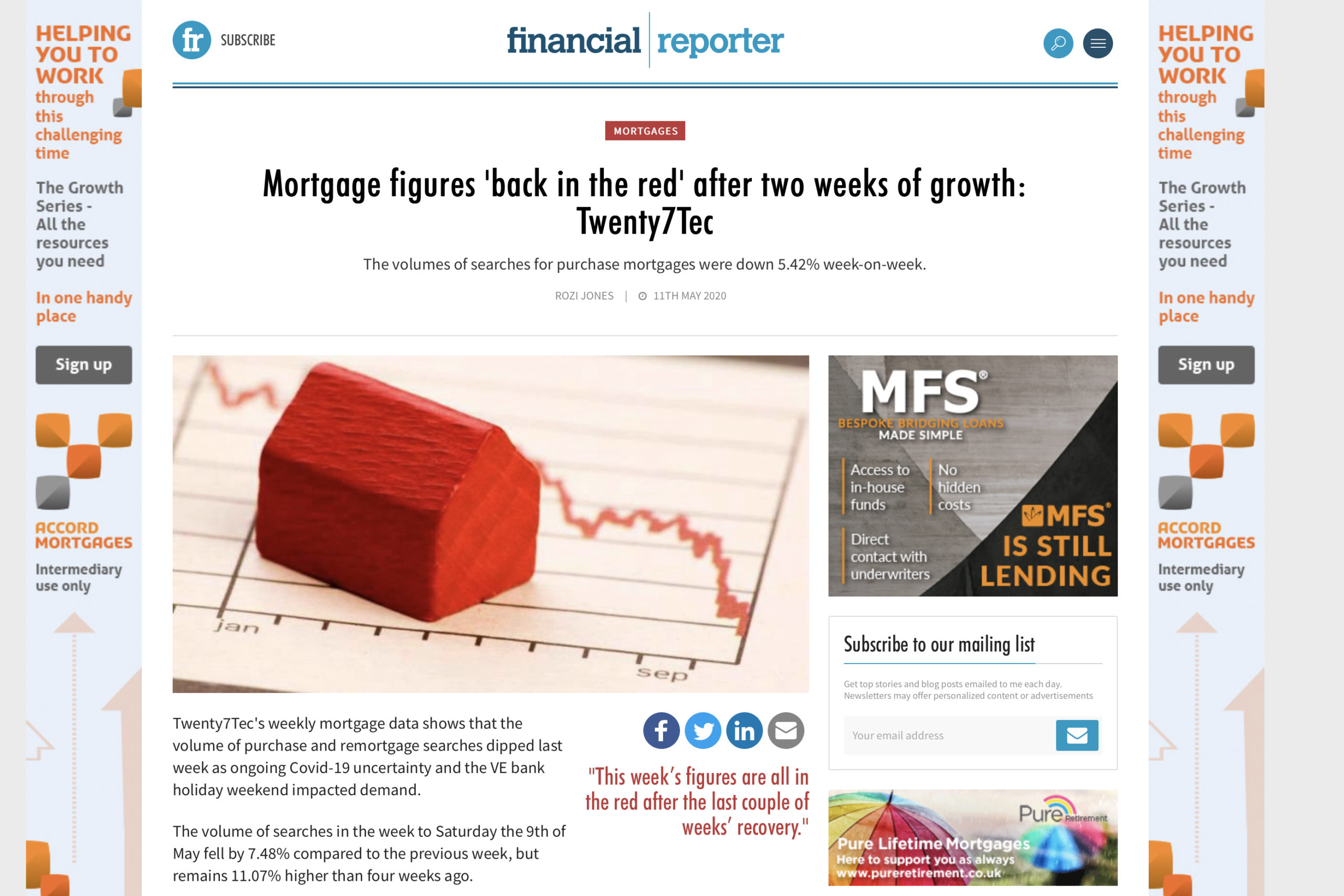 Mortgage figures ‘back in the red’ after two weeks of growth.

Mortgage figures ‘back in the red’ after two weeks of…