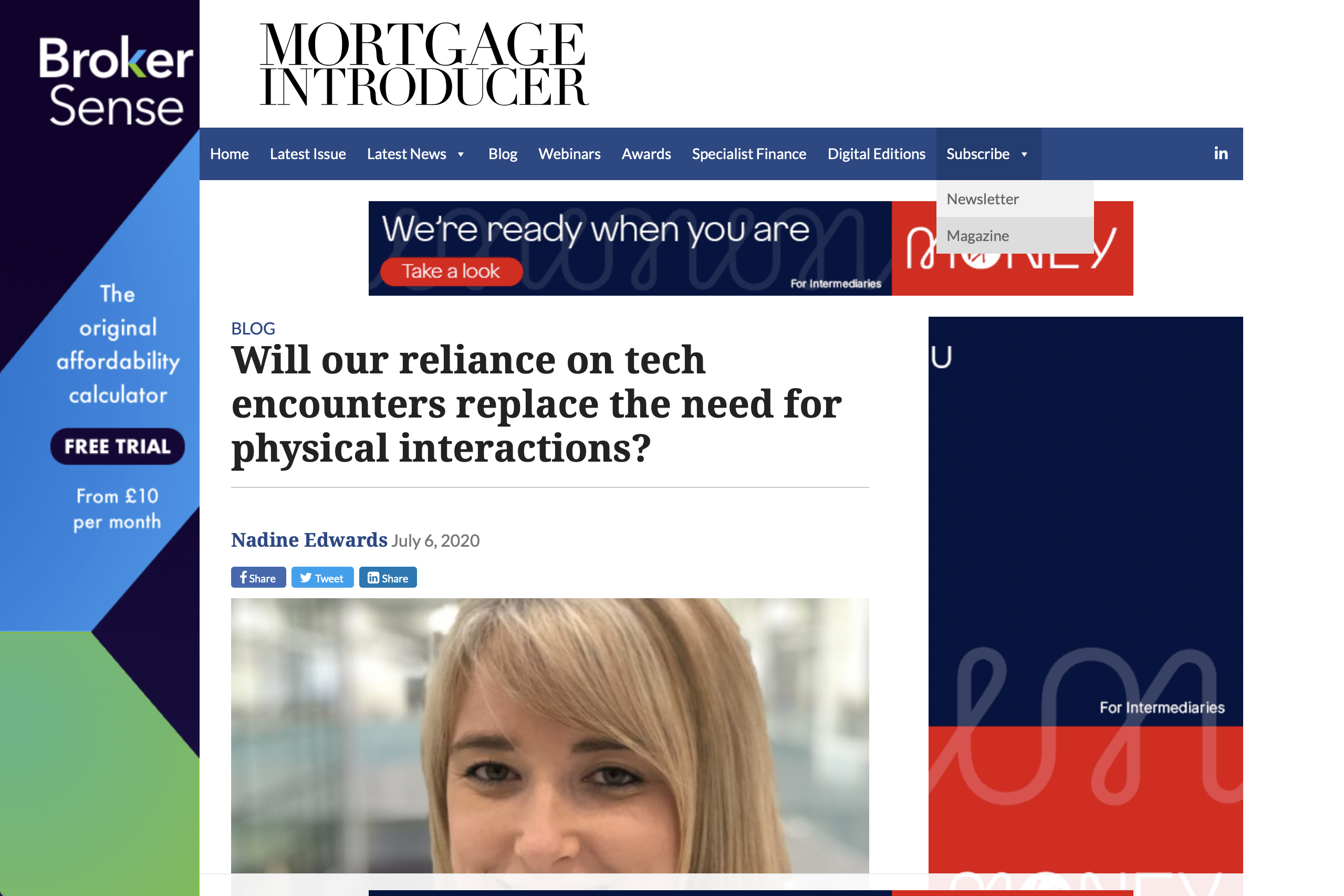 Will our reliance on tech encounters replace the need for physical interactions?

Nadine Edwards is corporate account manager at Accord Mortgages

The role of technology in the mortgage market garnered some mixed opinions during a recent industry panel debate, hosted by myself and Power of 8 member Paul Lewis from the Mansfield Building Society.

Embracing technology, we held a virtual panel discussion featuring Jane Benjamin from Sesame Bankhall Group, Jeremy Duncombe from Accord Mortgages, Phil Bailey from Twenty7Tec, Craig Hall from L&G Mortgage Club and David Burrows from the Equity Release Council. Each panellist had their own varied experiences of using technology over the last few months and felt there would definitely be improvements to processes which would last way beyond the current crisis.

Craig began by explaining that L&G had used video technology to implement a contact and engagement strategy with its colleagues and members and cited daily morning planning calls as well as team yoga webinars and even a cook along lunchtime video call.

He commented: “It’s about ensuring our teams feel supported and we can look after their mental health. It’s been a huge change for all of us and we need to make sure people get the right work life balance. For members, we’ve adapted to virtual events, it’s really something we’ve embraced and there are many changes and learnings we can take out of this crisis to move forward.”

Phil Bailey from Twenty7Tec highlighted the two elements which drive technological change: “There’s adopting technology, where you take it on as part of a journey and there’s adapting to it. This comes as a result of hitting a wall and you have to change. Adapt happens very quickly and in this situation it’s happened to everyone – we’ve all now found the webcam switch!”

Phil added that technology embraced in an ‘adapt’ stage is more ‘sticky’, meaning users are more likely to maintain it as they go forward. Referencing Automated Valuation Models (AVMs) and Desktop valuations, Phil added that whilst the technology has been in place for a number of years, it had taken the pandemic to give lenders the confidence that they can use them, and increasingly use them for higher loan-to-value (LTV) tiers. He concluded: “This is the window of opportunity to adapt, this is the time to embrace technology.”

Jeremy Duncombe of Accord Mortgages commented that technology had definitely helped improve efficiency when dealing with broker enquiries. He added: “By moving from telephony to web chat, our team can speak to 200 more brokers a day, as well as having the benefit of a transcript of the conversation which can be added to a broker’s file and any relevant web links shared directly.” He said this was something that they would definitely be taking forward post-pandemic, as well as looking at more video technology for events which could reach hundreds of brokers in one go, without having to spend time travelling across the UK.

Jane Benjamin felt that whilst technology is an enabler for efficiency, it could, and should, not replace the human aspect. She argued: “People still like to speak to people. Brokers are still so important when it comes to the customer interaction of sitting down and shaking hands with someone (when we are allowed to do that again!).”

David Burrows said that for the equity release audience, which traditionally prefers face to face meetings and requires them for regulatory purposes, the lockdown restrictions had forced a change of approach and legal intervention. Advice had to now be given in a socially distanced way which had brought about its own set of challenges.

Craig Hall commented that the crisis could bring about a fundamental change in the way we work and that just because people could go to the office, that didn’t necessarily mean they should. He said L&G were looking at a blended approach to their events programme which was likely to be a mixture of face to face and virtual sessions.

Phil Bailey shared recent research Twenty7Tec had carried out which found that most brokers were, going forward, keen to interact with lenders in a hybrid of ways, returning to face to face meetings, but also having more video calls and using email to support.

Jeremy Duncombe added that whilst video calls were good for maintaining relationships during lockdown, any BDMs trying to establish relationships using remote methods would find it much harder than being able to sit down face-to-face with a broker.

So, what role will technology have beyond the current lockdown? Whilst everyone agreed that since March they had embraced technology to help them work effectively and efficiently, the general consensus was that advice is still a very human need and nothing could fully replace building a relationship face-to-face.

The current situation has forced us to re-evaluate our busy working lives and appreciate the benefit of more virtual encounters, which is not only good for the planet but improves our productivity. The time most of us have gained back from not commuting or travelling across the country for meetings will be difficult to give up completely. I suspect even when we are allowed to physically interact more, the majority of us will not want to return to that way of working five days a week. Technology has been the real driver of efficiency and improvement in our industry and most will agree, it’s about time!

However, it’s likely that as restrictions are lifted and the way we live and work slowly adjusts, clients will make the final decisions on how they want to engage with advice. Brokers will have to adapt their services to incorporate a blend of remote and physical (but socially distanced) advice. Hopefully the two will join together harmoniously. 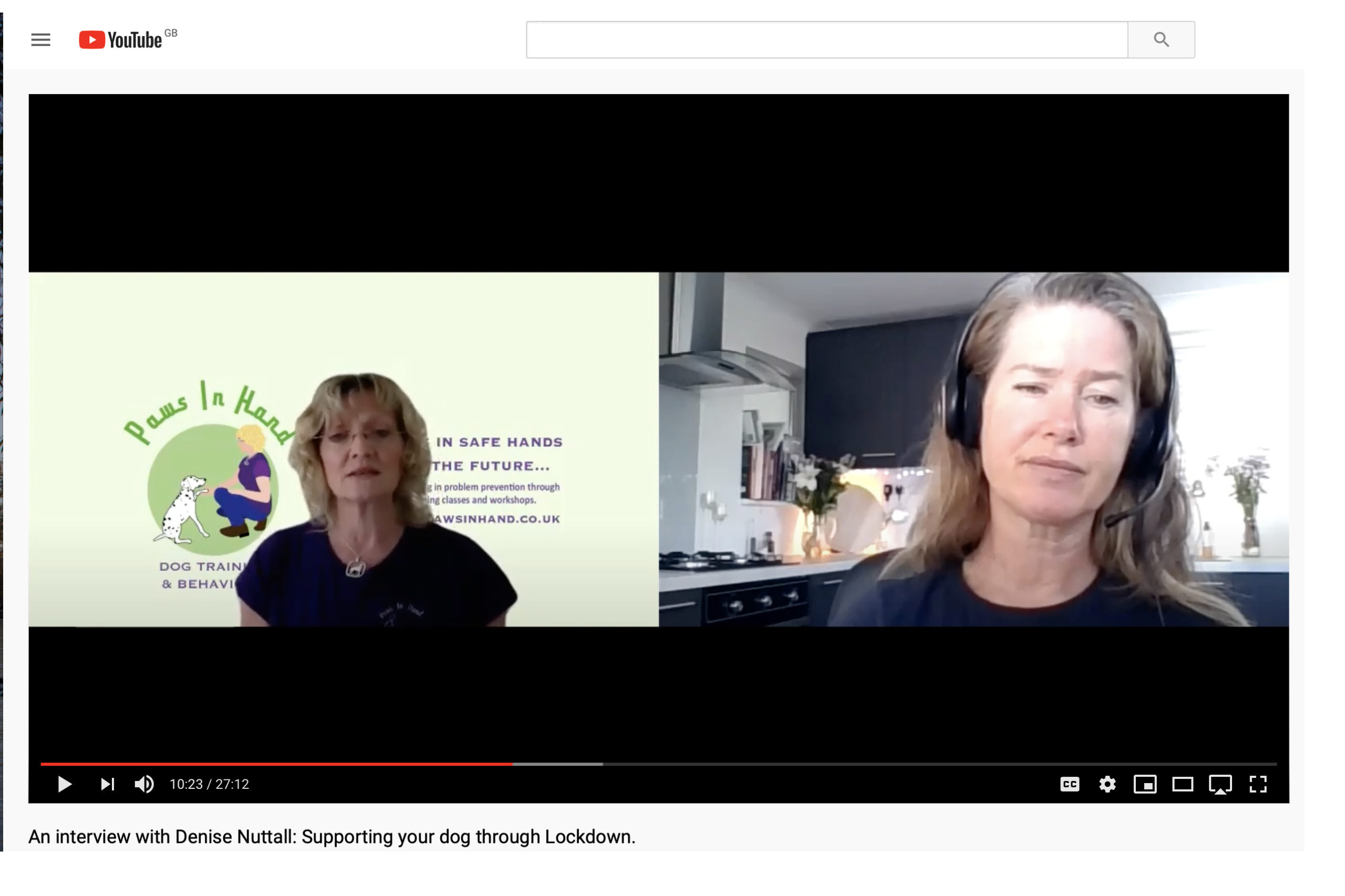 Supporting your dog through lockdown and your period of transitioning… 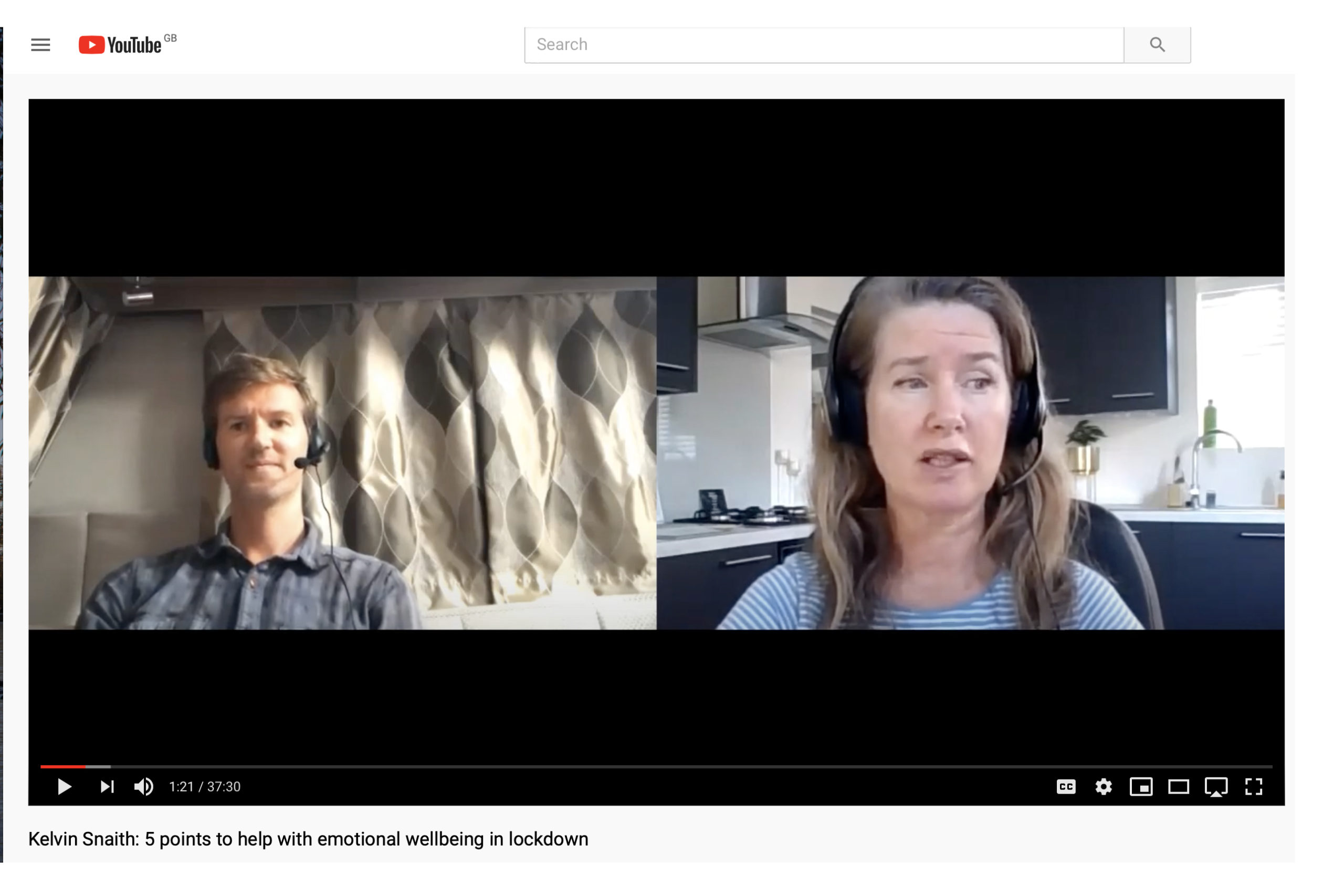 5 points to help with emotional wellbeing during lockdown.  …