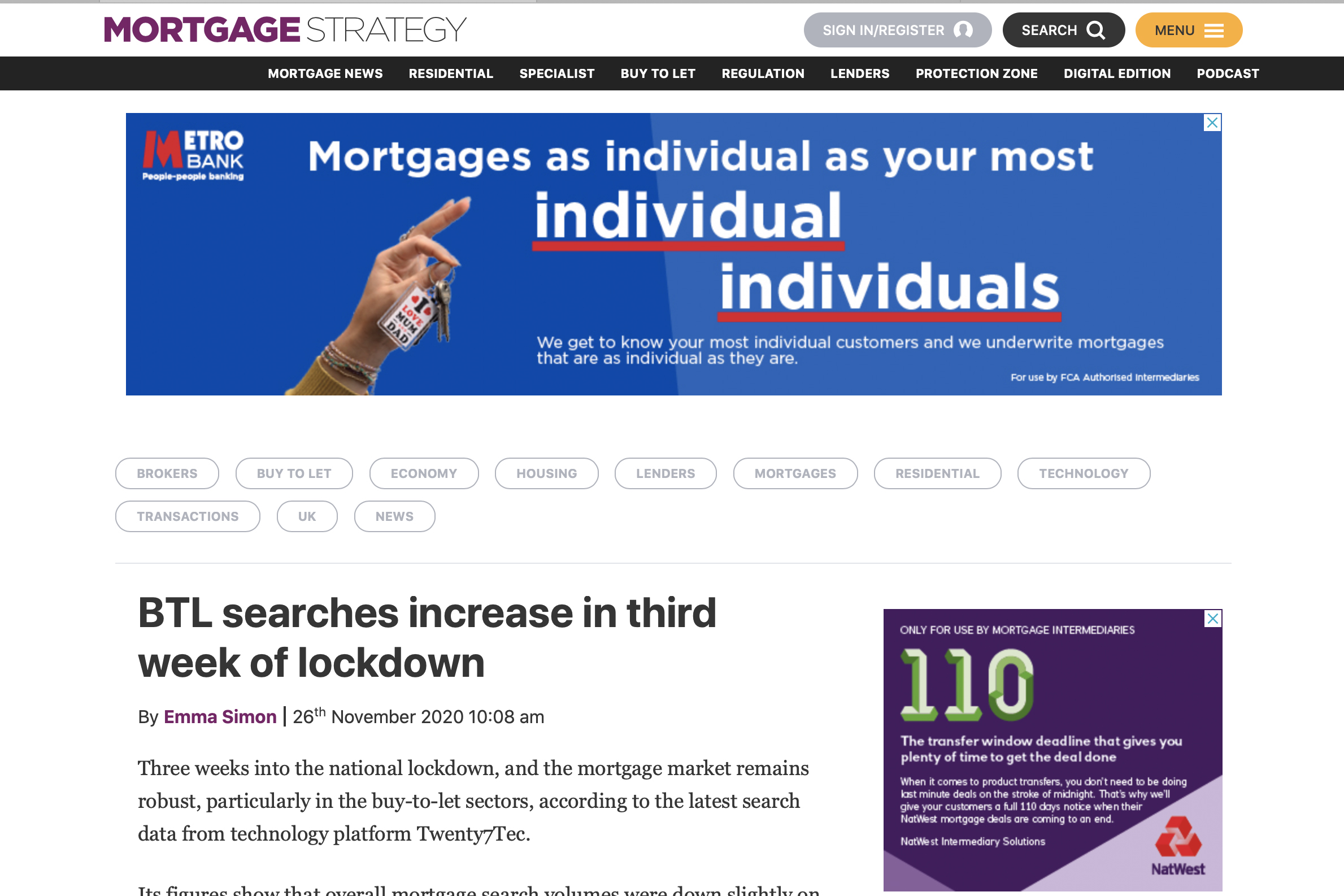 Three weeks into the national lockdown, and the mortgage market remains robust, particularly in the buy-to-let sectors, according to the latest search data from technology platform Twenty7Tec.

Its figures show that overall mortgage search volumes were down slightly on the week before, by 3.9 per cent, with these weekly volumes standing at 83.9 per cent of the year’s highest figures.

Twenty7Tec’s figures also show ESIS documentation figures are up on a weekly basis in both the residential and buy-to-let sector.

Weekly BTL mortgage ESIS documentation figures are currently at 95.2 per cent of the year’s highest figures and have increased 6.7 per cent on the previous week.

He pointed out that Tuesday this week (24 November) was the year’s third highest day for Buy To Let ESIS documents.

He adds: “The search for residential mortgages has definitely slowed a little this week. There’s been some uncertainty in households as to what is going to happen at the end of this second period of lockdown.”

He adds that in  terms of total residential mortgage searches, the sector is now at exactly the same level as when the UK entered the first national lockdown, on March 23.

Tucker adds: “Time and again this year, we’ve see uncertainty over lockdown lead to search volumes dropping. We anticipate, however, that as soon as there’s greater certainty, that the volumes will return to some extent.

“Another downward pressure is, of course, the end of the stamp duty period. Search volumes today are affected by completions not being possible by financial year end. Unemployment and the economic forecast have also provided some downward pressure on volumes.”

He adds: “In terms of the documents produced, however, the picture is slightly brighter, with overall volumes over 90 per cent  of the best seven-day period year to date. Given that we’re in this slight information limbo period, that’s a pretty good result.

“Buy To Let had had a strong week and is within 5 per cent of the year’s busiest week as of today. It’s possible that the BTL market will continue to be busy for stamp duty holiday purchases for a few days yet given that buyers are quicker to process for lenders.

“Normally, we would expect this time of year to be being pushed higher in the traditional ten-week busy period running up to Christmas. This year is, inevitably, different and so we’ll have to see if there’s greater certainty after the Prime Minister has declared which areas are in which tiers of lockdown.

“We’d anticipate that there’d be a slight dip in volumes for those areas in the highest restrictions, matched by a bounce back a few days later.” 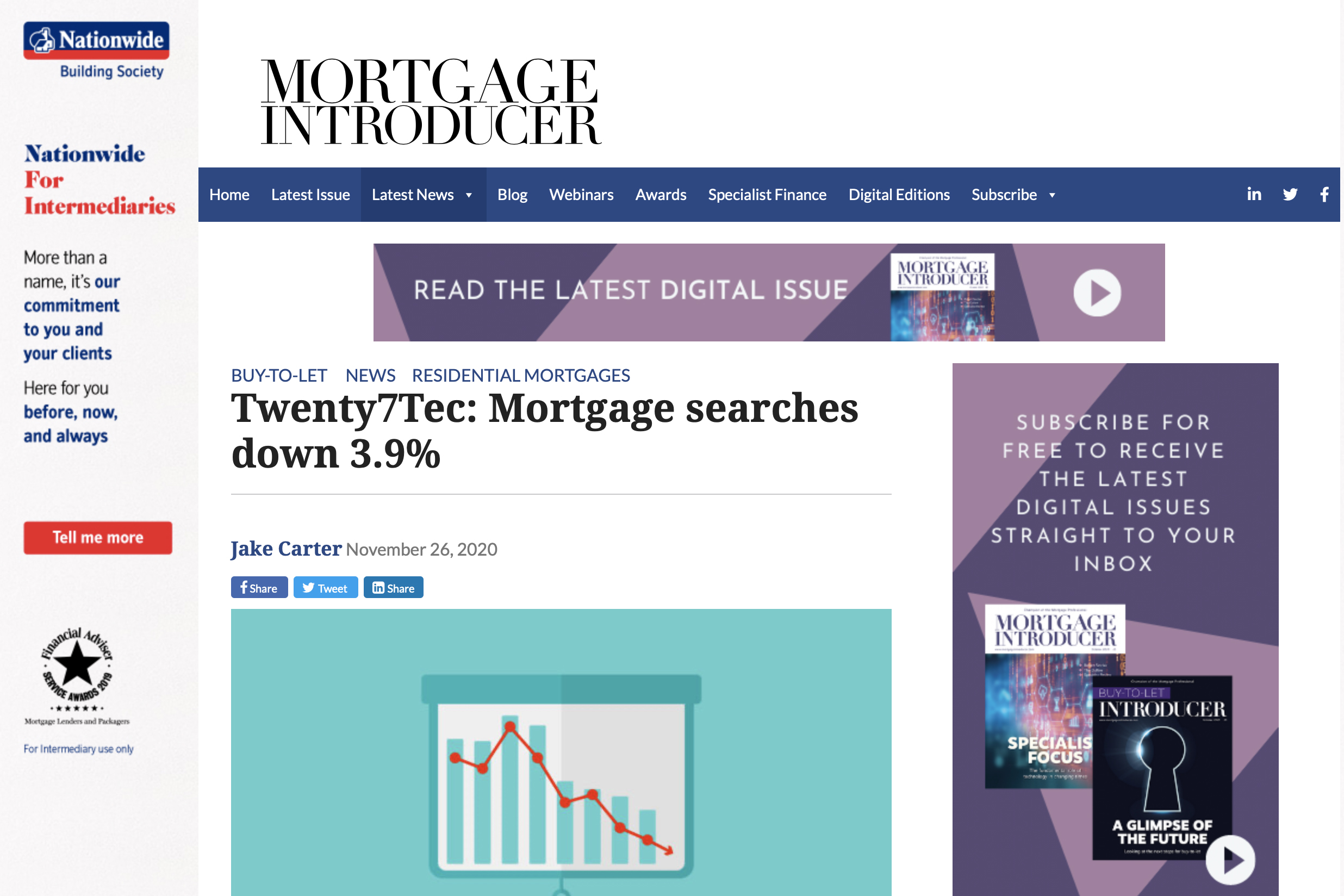